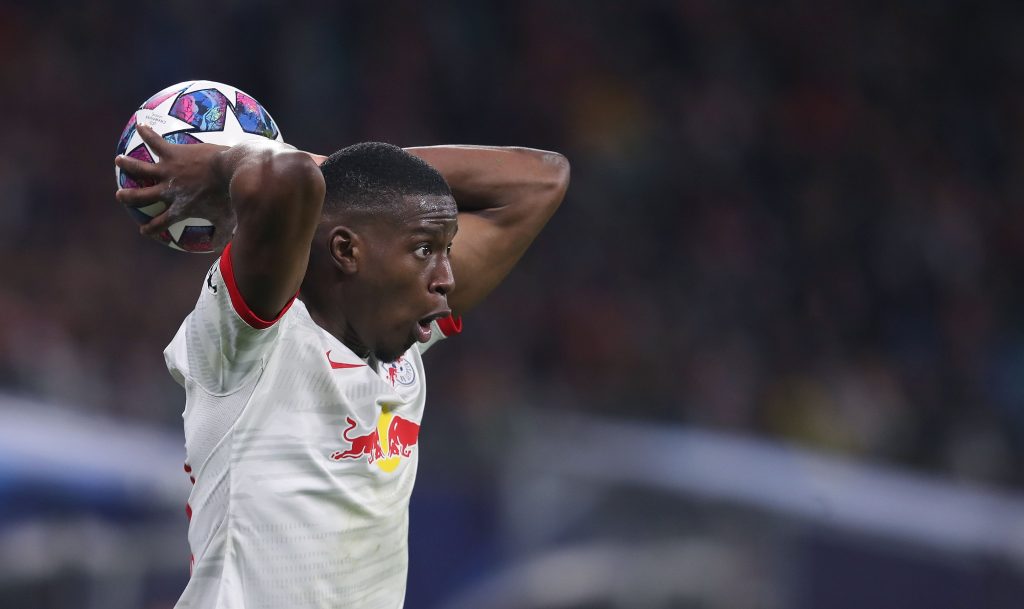 However, he couldn’t manage the team during Sunday’s 1-1 draw against Chelsea because he hasn’t received a work visa yet.

The German football expert will also not be able to take charge in the next match against Arsenal due to the same reason. However, the 63-year-old is still planning transfer moves for the Red Devils.

According to a report from 90MIN, Rangnick is keen to sign Nordi Mukiele who is currently on the books of RB Leipzig.

The talented defender has been impressive in the Bundesliga this season, making 12 appearances and earning a goal to his name.

Mukiele started his professional career at French side Laval before earning a transfer move to Montpellier in January 2017.

He clocked up 56 appearances across all competitions for La Paillade, and went on to join RB Leipzig in the summer of 2018.

Since his arrival at the Red Bull Arena, the 24-year-old has made 79 Bundelsiga appearances, scoring eight goals in the process (stats from Transfermarkt).

He also made his debut for the France National team in September, leaving the bench against Finland in the World Cup qualifier.