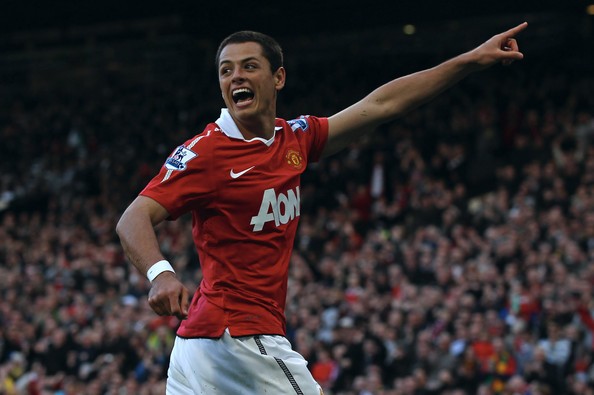 Manchester United striker Javier Hernandez who is currently on loan at Real Madrid has revealed that he wants to make a permanent switch to the reigning European Champions. The 26 year old claims that it was his dream to play for the Santiago Bernabeu outfit and is determined to prolong his stay in the Spanish capital.

The Mexican was deemed unwanted at Old Trafford by United manager Louis Van Gall has scored 4 goals in 7 appearances for the Los Blancos. Hernandez said, “They thought I couldn’t help any more at United so we decided by mutual agreement that I would leave. It was difficult, although I had offers from other teams, but when I got the opportunity to come to Real Madrid I didn’t hesitate.”

Hernandez also claimed that he is determined to wok hard to prove himself at Real. He said, “It was the toughest challenge and the one that gave me the least chances of first-team football, but these are the challenges I like and the ones I’ve worked for all my life. I dreamed of being here. I have the talent and I’ll work hard to show I belong at such a great institution. I hope some positive things happen, both to the club and myself.”

The striker made only six starts last season under David Moyes despite having 59 goals to his credit in 154 games for the Red Devils. Chicarito however has a contract with United till 2016 but his recent comments surely implies that he doesn’t want to play for the Premier League giants anymore.

But with Robin Van Persie struggling to find form and given Radamel Falcao’s injury issues will Van Gaal rue his decision? Only time shall provide an apt answer.