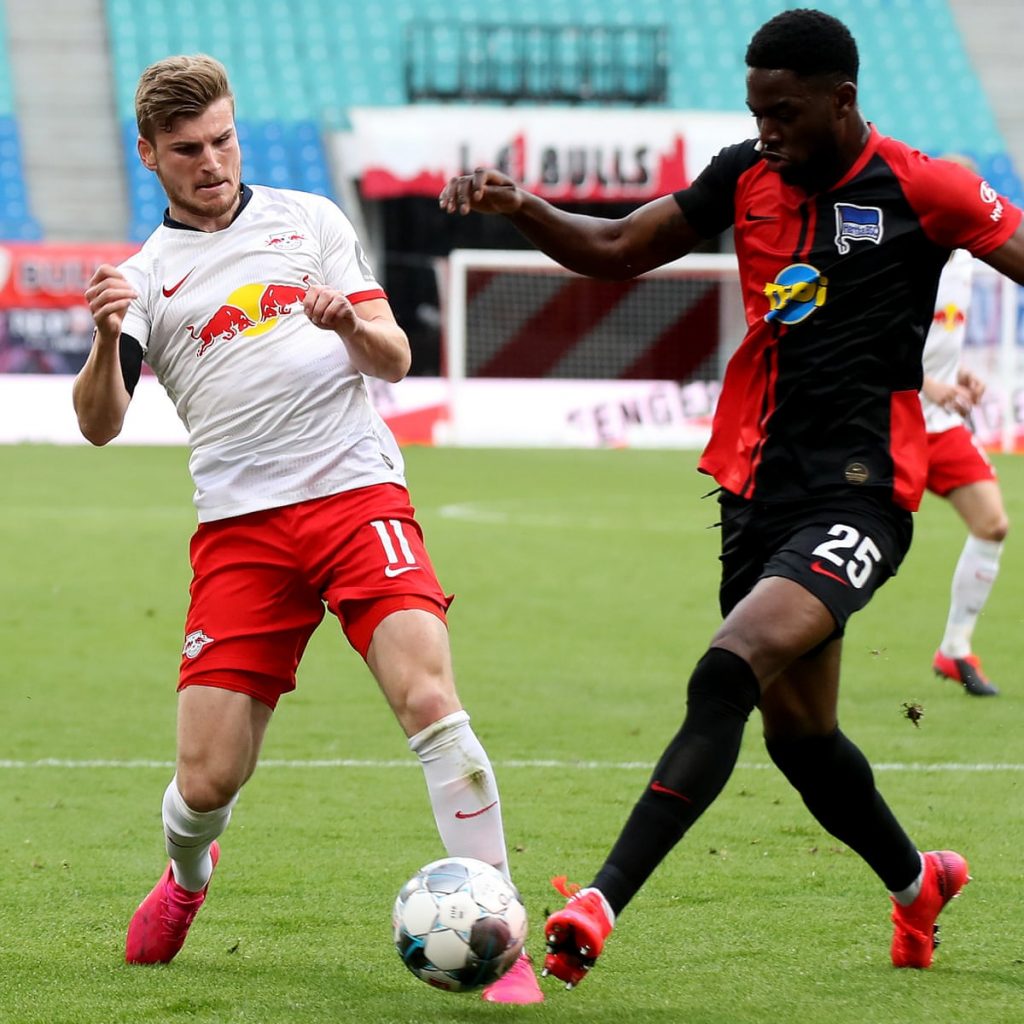 Manchester United are said to be closely monitoring the situation of RB Leipzig striker Timo Werner despite the fact that the German has the preference to join Liverpool this summer, ESPN reports.

The 24-year-old has been in superb form for the Bundesliga outfit this term and he has bagged a sublime tally of 30 goals and 12 assists from just 39 appearances across all competitions.

According to ESPN, the Red Devils are continuously keeping a watch on Werner’s position at Leipzig, given he fits into their profile for potential new signings in the next transfer window.

The club have yet to make any formal offer for the ex-Stuttgart graduate but there is the underlying belief at Old Trafford that the forward will choose their arch-rivals, suppose he leaves Leipzig.

As per The Mirror, Liverpool remain reluctant to meet the £50m release clause on the player’s contract as they anticipate a £100m shortfall over the next 12 months due to the financial impact of the coronavirus pandemic.

That could hand the advantage to the likes of United and Chelsea, but they would still need to convince the German to join them when the transfer window reopens at the end of the season.

Werner has already turned down a move to Bayern Munich in the Bundesliga and The Athletic has recently claimed that he could end up staying for another year at Leipzig, suppose the Reds decide against signing him.