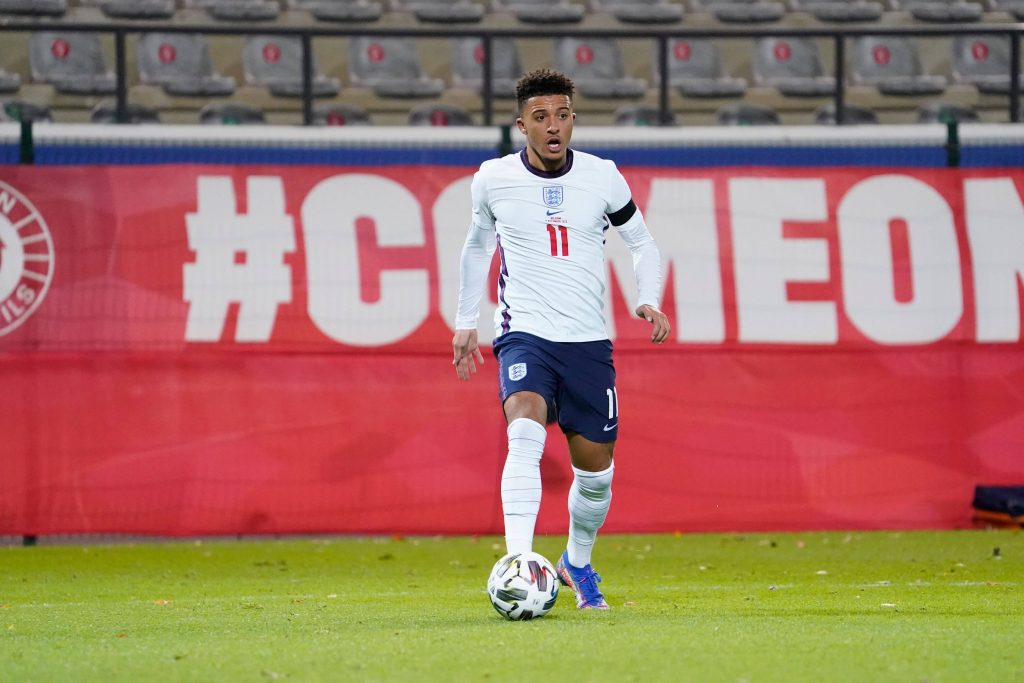 Manchester United are refusing to rule out a move for Borussia Dortmund’s Jadon Sancho this summer, according to the Manchester Evening News.

Sancho was the subject of much speculation last summer, with United attempting to sign the former Manchester City man.

However, a deal eventually fell through, and Sancho remained with Dortmund.

The Manchester Evening News has now suggested a move to Old Trafford is still on the cards for Sancho.

Despite the club prioritising a striker and a centre-back in the upcoming transfer window, it is said ‘United have not ended their interest in the England international’.

The report also claims Sancho’s resale value has ‘fallen considerably’ due to a combination of his form, Dortmund’s struggles this season and the pandemic.

As a result, United are ‘refusing to rule out a move for Jadon Sancho’.

It is also claimed that 20-year-old sensation Erling Braut Haaland is ‘understood to be United’s striker priority’.

SL View – Would a move for Jadon Sancho be smart from Manchester United?

Links with Sancho are certainly strange to see, especially with the same report claiming United are set to prioritise other areas this summer.

With United having already signed Amad Diallo and Facundo Pellistri for a combined £46 million in that area, it would be a mistake to fork out on signing Sancho.

The Englishman would only stunt the growth of Diallo, who scored against AC Milan in the Europa League back in March.

It would also slim Ole Gunnar Solskjaer’s transfer budget, something which could affect United’s move for Haaland.

With everything considered, it makes little sense for United to commit huge funds to sign Sancho.

However, if he is available for a very reasonable fee, he would be a great option for United to have in attack.