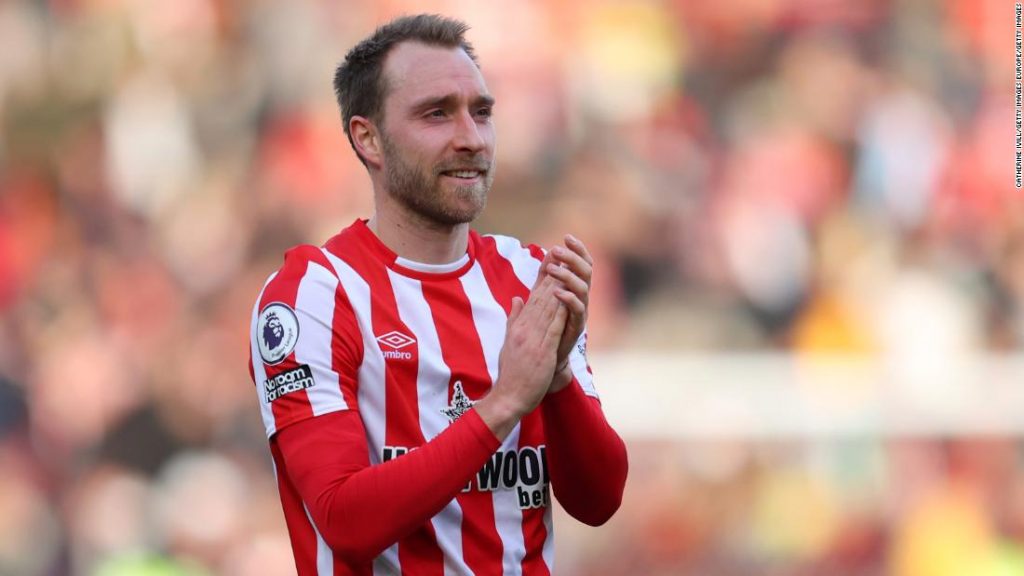 Manchester United have announced the signing of former Spurs and Brentford midfielder Christian Eriksen on a free transfer.

The 30-year-old has signed for Manchester United on a three-year deal until 2025, after prioritising a move to Old Trafford instead of remaining with Thomas Frank’s Brentford.

Eriksen becomes United’s second official summer signing following Tyrell Malacia’s arrival from Feyenoord, with deals for Lisandro Martinez and Frenkie de Jong expected to be completed by the end of the window.

“Manchester United is a special club, and I cannot wait to get started. I have had the privilege of playing at Old Trafford many times but to do it in the red shirt of United will be an amazing feeling.

“I have seen Erik’s work at Ajax and know the level of detail and preparation that he and his staff put into every day. It is clear that he is a fantastic coach. Having spoken with him and learned more about his vision and the way he wants the team to play, I am even more excited for the future. I still have major ambitions in the game, there is a huge amount that I know I can achieve, and this is the perfect place to continue my journey.”

“Christian has been one of the best attacking midfielders in Europe throughout his career. It is no surprise that he had so many options this summer, so we are really happy that he was convinced that this is the right club for him.

“In addition to his outstanding technique, Christian will add valuable experience and leadership skills to the squad, and we are looking forward to seeing the benefits of these qualities on the pitch this coming season and beyond.”

In his most recent Premier League spell with Brentford, Eriksen helped keep the Bees afloat in England’s top tier and added five goal contributions in his first 11 games at the club.

Manchester City star Kevin De Bruyne is the only Premier League player with more assists than Christian Eriksen since the beginning of the 2013/14 season.

Only two players have provided over ten assists in four consecutive Premier League seasons, those being David Beckham (1997-2001) and Eriksen (2015-2019) – with Manchester United fans hoping the Dane will be able to keep the record alive.

The Dutch revolution is underway at Old Trafford under Erik ten Hag with deals for Tyrell Malacia completed and Frenkie de Jong on the brink, as well as Eriksen and Lisandro Martinez who have both worn the Ajax shirt.

Since the midfielder’s Brentford debut in February, only two Premier League players registered more chances created: Kevin De Bruyne (42) and Martin Odegaard (38), whilst Eriksen is in third with 30.

Most PL chances created since the 13/14 season:

Hot property for a reason… 🤩🤩 pic.twitter.com/Rxiom8Aa3p

On his return to international duty in March, it took the Dane just three minutes and one shot on goal to record his first goal in almost a year. Eriksen is one of the most successful Danish internationals of all time, with 115 caps and 38 goals to his name.

Following the departures of Juan Mata, Jesse Lingard, and Paul Pogba from Manchester United this was a necessary signing for the Red Devils with a crucial influx of creativity and flair to the Old Trafford midfield.

Manchester United are currently at a price of 28/1 to win the Premier League next season with bet365, with Eriksen at 66/1 to win the PFA Player of the Year award.

Eriksen still has a long road ahead of him in his career so far, and will be hoping to add yet another successful chapter to one of the most powerful footballing stories of all time.