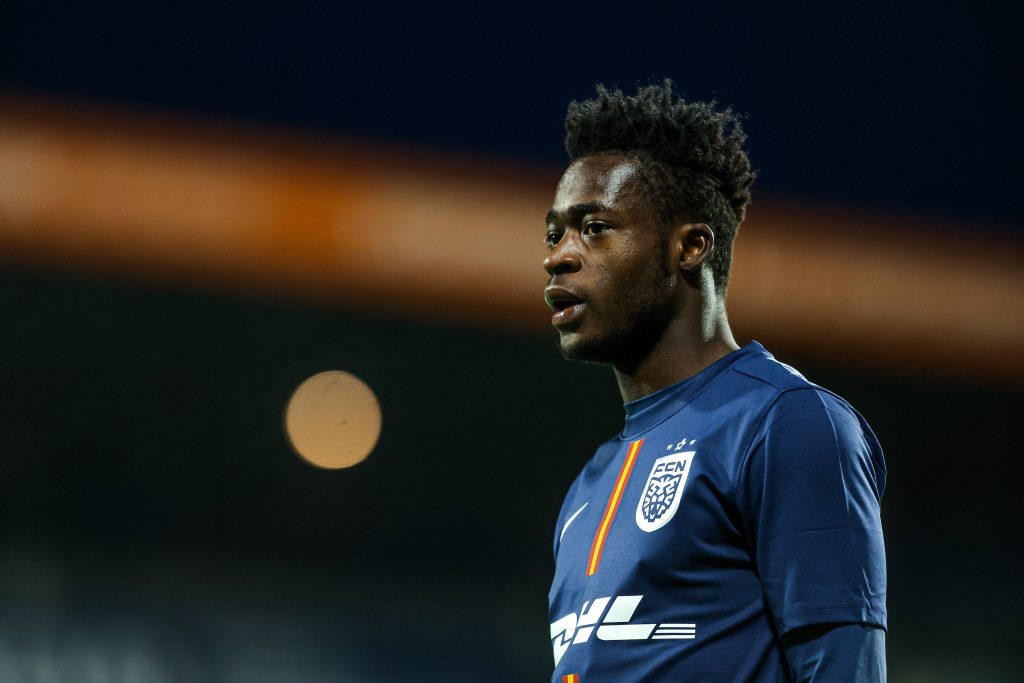 Manchester United are set to open negotiations with Nordsjælland over the potential signing of Kamaldeen Sulemana, who has also been scouted by Liverpool.

The Red Devils are set to bolster their squad this summer, with central defence and central midfield likely to see reinforcements.

United have also been linked with a move for a winger this summer, as reports suggesting a move for Jadon Sancho is still possible refuse to go away.

A new name has now been linked with a move to Old Trafford.

The Daily Mail report that United were one of a dozen teams to scout Sulemana on Monday night, with rivals Liverpool also in attendance.

The 19-year-old scored his 10th goal of the season in that game, and United are said to have opened negotiations regarding his signing.

The Mail suggests that the winger could cost £12 million, with the youngster considered Ghana’s biggest talent since Michael Essien.

Ajax are also said to hold an interest in Sulemana, so United will face fierce competition for his signature.

SL View – Would Sulemana be a good signing for Manchester United?

Even if United cannot find a space for Sulemana in their squad next season, the winger could still prove to be a smart purchase.

At 19-years-old, the player has plenty of potential and, with a couple of loan moves, could end up being worth double the reported fee that United could pay for him.

The report suggests that United feel his value will rise after just one World Cup qualifier with Ghana, with their national side set to face South Africa in June.

As a result, this long-term investment could benefit the Red Devils regardless of whether he ends up making their first-team squad.

However, with so many clubs interested, the club will have to convince Sulemana that there is a pathway to the first team.