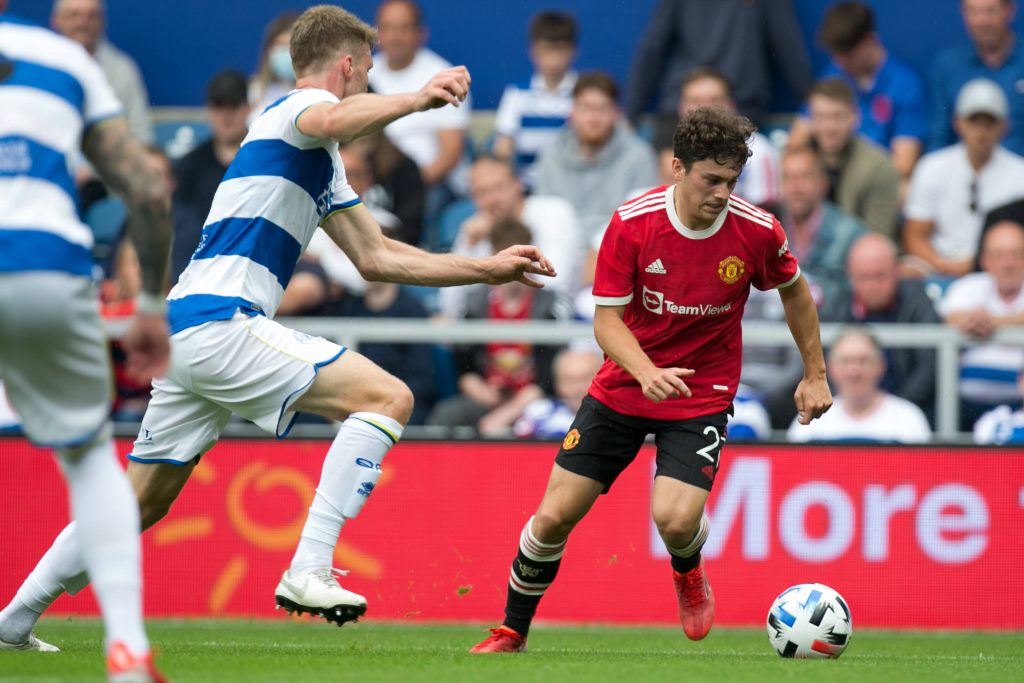 The Red Devils have deemed the Wales international surplus to requirements following Sancho’s arrival and could sell him to Leeds United, ESPN reports.

James moved to Old Trafford from Swansea City in summer 2019 but has struggled to hold down regular first-team opportunities under Ole Gunnar Solskjaer.

The 23-year-old winger returned three goals and one assist from 15 Premier League appearances last season, four of which came from the substitutes bench.

With Sancho now thrown into the mix, James’ first-team chances should be further derailed despite his impressive showings for Wales at the European Championships.

Even though he headed into the tournament on the back of an underwhelming season, the Hull City academy graduate was one of Wales’ standout performers.

Unfortunately, it was not sufficient for United to entrust him with a more prominent role next term.

Instead, the Red Devils are looking to cash in one of their fringe star, who has emerged as one of Marcelo Bielsa’s top targets.

Leeds are long-term admirers of James.

The first time their interest in the winger surfaced was in summer 2020, but United refused to sit at the negotiating table that time.

However, things have dramatically changed since last summer.

Sancho’s arrival should solve United’s perennial problems on the right-wing, with the 21-year-old carrying a reputation as one of Europe’s finest wingers.

In addition to the ex-Dortmund prodigy, Solskjaer has Anthony Martial, Mason Greenwood and Marcus Rashford to take care of the flanks.

Meanwhile, Bruno Fernandes and Juan Mata may also slot in if needed.

The Red Devils are well-stocked on the wings now, which means someone has to pack their bags.

James could be the one to help Solskjaer trim down the roster, with a potential move to Elland Road on the cards.

Bielsa remains in the market for a new forward after completing a permanent move for Jack Harrison from Manchester City.

Rodrigo Moreno, who joined Leeds in a club-record deal last summer, has failed to live up to expectations, which forces the Argentine’s hand in the ongoing transfer window.

Widely regarded as one of the best managers in the business, Bielsa has got the best out of the likes of Kalvin Phillips and Patrick Bamford last season.

It is normal to assume he should do the same with James if he first manages to strike an agreement with United.