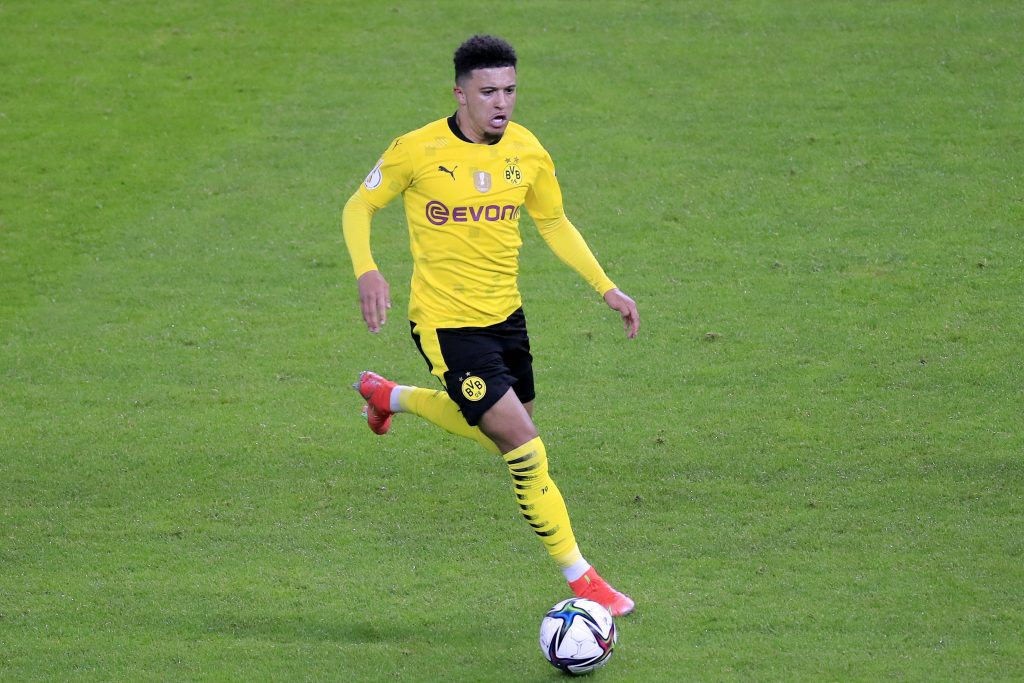 Manchester United are in regular contact with Jadon Sancho’s representatives as they bid to sign him from Borussia Dortmund this summer, Sky Sports reports.

The England international was fancied to join the Red Devils during last summer’s transfer window, but they refused to meet the £108 million valuation.

Sancho enjoyed a superb 2020/21 campaign for Dortmund with 16 goals and 20 assists from just 38 games, and United are ready to make a fresh approach this summer.

The club have been in talks with the player’s representatives, and personal terms are expected to be a formality if the transfer fee is agreed.

Dortmund have yet to set an asking price for the attacker, but it is reported that a fee of around £80m could convince them to sanction his sale.

With two years left on Sancho’s contract, the club are braced for his departure with Lille’s Jonathan Ikone and Monaco’s Sofiane Diop identified as replacements.

Sancho has been linked with several high-profile clubs, but he is keen on making the switch to the Premier League this summer.

Chelsea have been credited with an interest, but the 21-year-old has his sights on joining the Red Devils before the European Championships.

Ole Gunnar Solskjaer is a big admirer of the Manchester City graduate and has made him a priority target ahead of Aston Villa’s Jack Grealish.

Some United players are lobbying for a potential deal for Grealish, but Solskjaer is determined to land Sancho after missing out last year.

Sancho would provide a much-needed upgrade for United on the right wing, where they have struggled to find a regular contributor of goals.

Mason Greenwood ended the campaign on a strong note playing in the position, but United may view his long-term future as a centre-forward.

Sancho has also chipped in with numerous assists, and he is the perfect fit for the role. He has 25 goals and 37 assists in 72 games on the right wing for Dortmund.