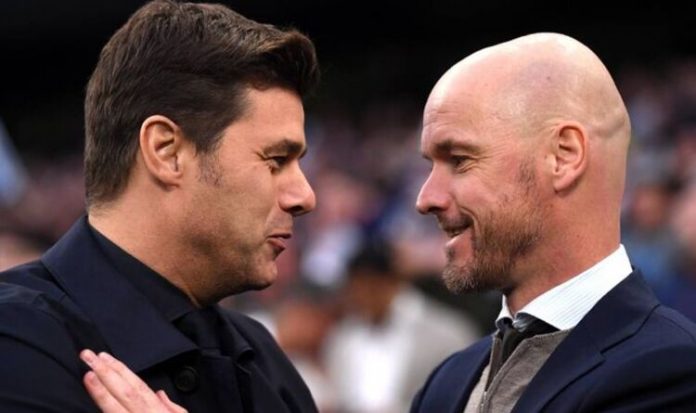 Manchester United are yet to finalize who will be the man in charge on a permanent basis next summer.

There is little doubt that Manchester United are still preparing to land a new manager. In November, Ole Gunnar Solskjaer ended up being dismissed, the victim of several poor results despite a very flashy recruitment campaign.

Like PSG, you have to believe that adding stars is not enough to form a team. Ralf Rangnick is well aware of this.

The arrival of Ralf Rangnick on an interim basis was supposed to steady the ship.

However, the German has not succeeded either. He failed to raise the bar in the Premier League. His current 6th place puts in great danger a qualification next year in the Champions League, a competition where Manchester United have just been eliminated in the round of 16 by Atlético de Madrid.

The next coach may not even play in the competition next season which puts additional pressure on the shoulders of management.

In reality, they already have to deal with the entourage of two main targets to occupy the bench, Mauricio Pochettino and Erik ten Hag. As the Daily Mail tells us that the two coaches are in contact with people from Manchester, not the same ones since Ten Hag met the club’s new general manager, Richard Arnold, while the Argentinian spoke to John Murtough, United’s director of football.

This is already a first problem in itself but it is not all. Manchester United want to do things properly, without interfering in the affairs of other teams in the middle of the season. Both coaches are still in place today.

They are also courted by other clubs, such as Real Madrid for the PSG technician. Ten Hag is on the way out of Ajax after his excellent results since 2017 and is followed by Tottenham for example. United’s management is confident on both issues, but a race against time has begun. They have no more time to lose in the face of competition.