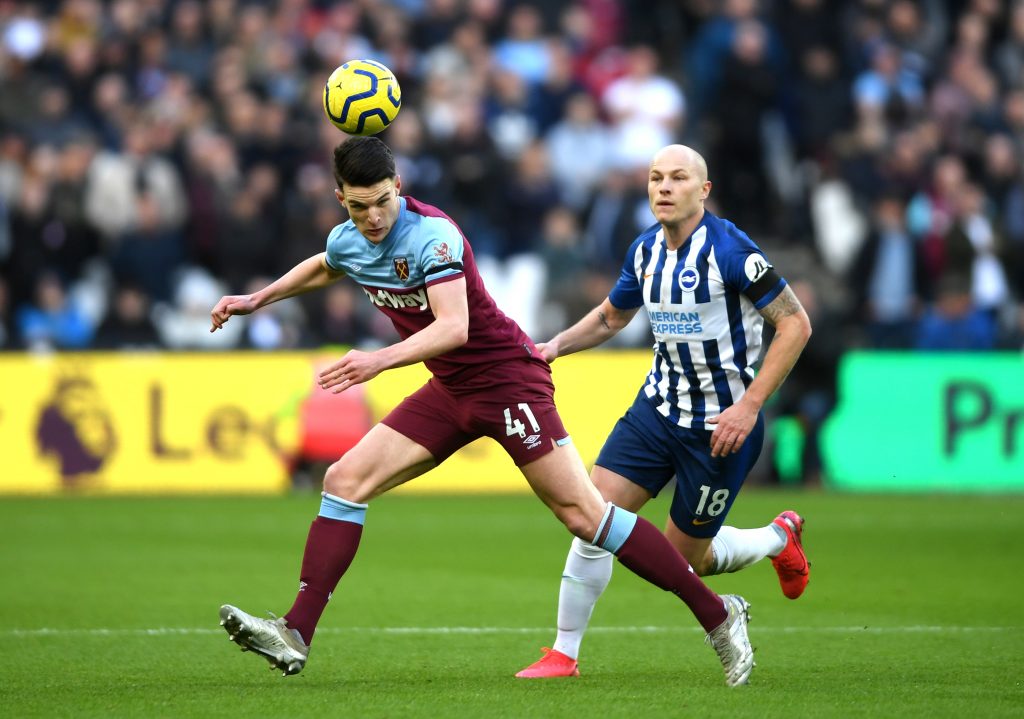 Manchester United are understood to hold no interest in signing Declan Rice from West Ham United when the transfer window reopens at the end of the campaign, Manchester Evening News claims.

Earlier this week, a report from The Sun said that the Hammers have been hampered financially by the coronavirus pandemic and they could sell Rice for around £70m to boost their transfer kitty for the summer.

United were one of the clubs credited with an interest but it appears that they are unlikely to revive their long-term pursuit of the England international.

As per Manchester Evening News, the Red Devils had been keen on signing a defensive midfielder last summer but their priorities have changed over the course of the ongoing campaign.

The same publication states that Ole Gunnar Solskjaer is comfortable with his current senior options in Nemanja Matic, Scott McTominay and Fred and the latter’s emergence has cooled the club’s pursuit of Rice.

Elsewhere, James Garner and Dylan Levitt are some of the academy players, who can slot into the holding midfield role and Solskjaer is prepared to utilise them as the back-up choices rather than making a new purchase.

During the first half of the season, United had concerns over the form of Matic, who was in-and-out of the starting lineup. However, the Serbian has been pretty impressive during the backend of the season where he has cemented his place in the defensive midfield position.

The Serbian’s contract was initially due to expire at the end of the current season but the club have already made the decision to extend his stay for another 12 months. Furthermore, talks are underway with the 31-year-old over a renewed deal beyond June 2021.

In this case, the club don’t have the necessity for another holding midfielder and their stance on Rice does not come as a surprise. The Englishman could still part ways with the Hammers with his former club Chelsea said to be keen on landing his signature.