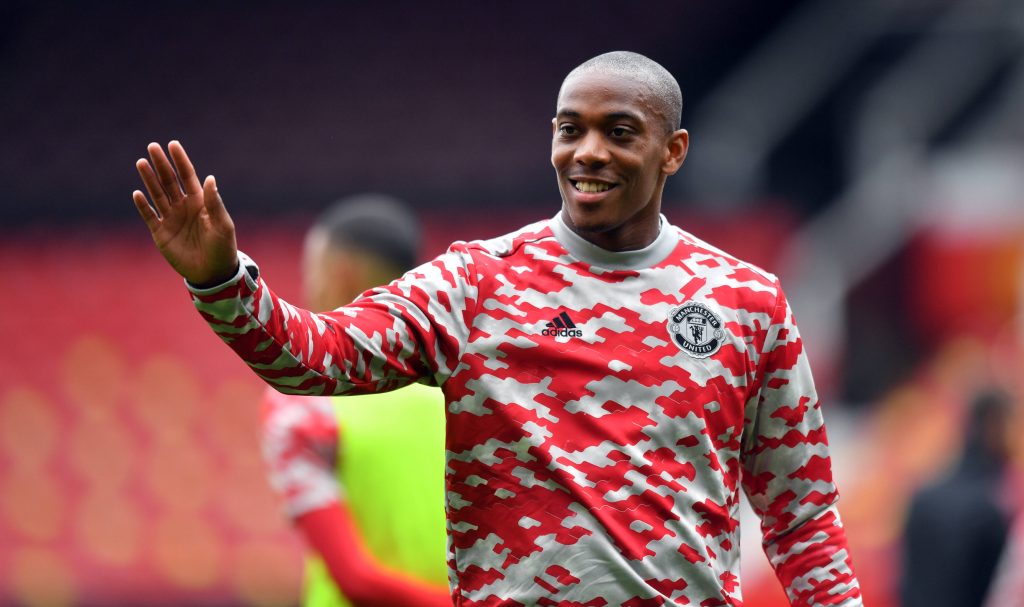 Manchester United are looking to keep Anthony Martial at the club this summer.

According to The Telegraph, United have no intention of selling the player amid links to Inter Milan.

Despite a lot of Martial exit rumours, told @ManUtd intend to keep him. https://t.co/rJR8TYgr1v

The French forward remains in Ole Gunnar Solskjaer’s plans for the upcoming campaign as he looks to challenge for silverware on all fronts.

Martial missed the final two months of last season with a knee injury and only returned to full training last week.

He made his first pre-season appearance during Saturday’s 4-0 win over Everton at Old Trafford, playing 45 minutes.

With Marcus Rashford sidelined until October due to surgery and Amad Diallo looking set for a loan move, United are left short of attacking options.

Martial had a forgettable 2020-21 season, netting only seven times. The 25-year-old suffered multiple injuries and was woeful in front of goal.

United’s 2019-20 Player Of The Year will be eager to break into the first team and fight for his place.

He is now competing with Edinson Cavani and Mason Greenwood to reclaim his position as United’s lead striker.

The arrival of Jadon Sancho will hugely benefit Martial.

The prospect of Sancho and Martial on opposite wings would cause mayhem in opposition defences.

Both players tend to attract defenders, leaving space for teammates to exploit.

The Frenchman will be looking to rediscover his goalscoring form and stake a claim for his place in the team.