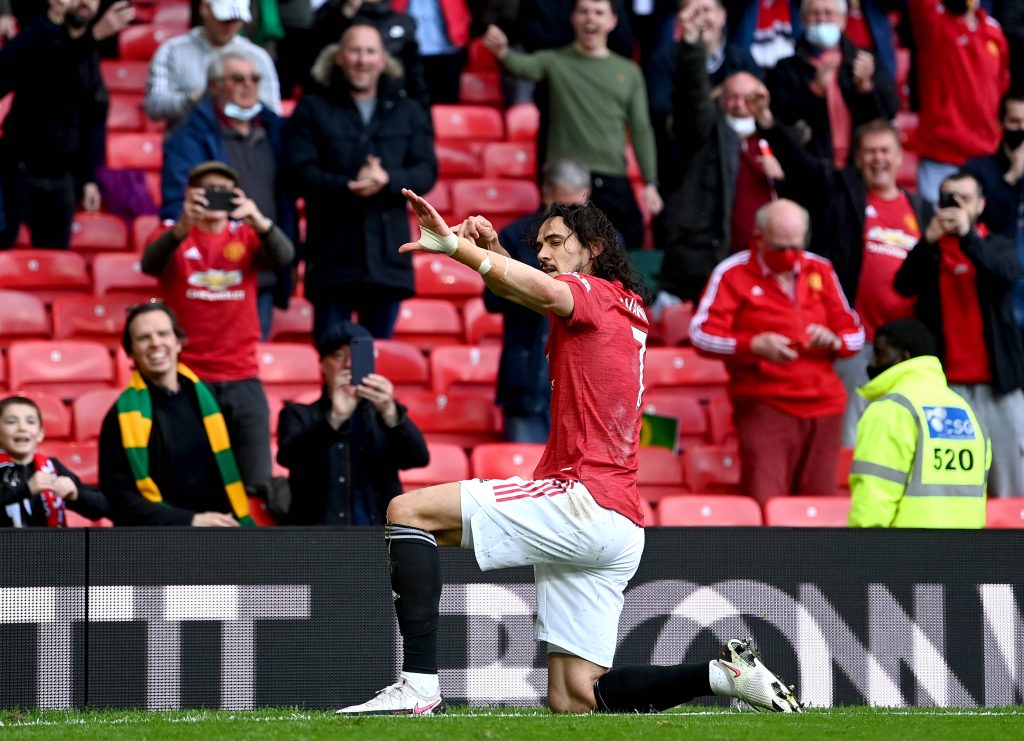 A selection of Manchester United fans were delighted for Edinson Cavani, who scored a stunning long-range goal in the Premier League draw against Fulham.

The Uruguayan has been in fine form since April and got the chance to play for the club with the supporters watching him for the first time last night.

Cavani made the moment memorable for the fans with a remarkable 35-yard strike, which beat goalkeeper Alphonse Areola, who was off his line.

The goal remains debatable with a potential offside in the lead-up, but some of the fans on Twitter were quick to praise the 34-year-old.

Here are a few reactions.

That goal by Cavani is a strong contender for Premier League's 'Goal of the Season' pic.twitter.com/bIZoIwAJv1

What a goal it really was🔴🔥 #MUFC pic.twitter.com/RvW2eID82o

WHAT A GREAT GOOOOAL!!

Still can’t get over that Cavani goal. WORLD CLASS

that cavani goal was legit out of this world, the calmness, the accuracy, the assist, all pure class.

Cavani has netted 16 goals in his debut season for the Red Devils, where he has been in-and-out of the line-up due to fitness concerns.

His form has been exceptional since the previous international break, with nine goals and four assists across all competitions.

Cavani will have a key role to play in the Europa League final against Villarreal next week as the club aim to end a four-year trophy drought.

The £6.3million-rated striker recently committed to a new one-year contract. He was leaning towards a move to Boca Juniors before he was persuaded to stay.

Despite the decision, there are suggestions that the club could bolster their strike force further with a big-money move for Harry Kane.