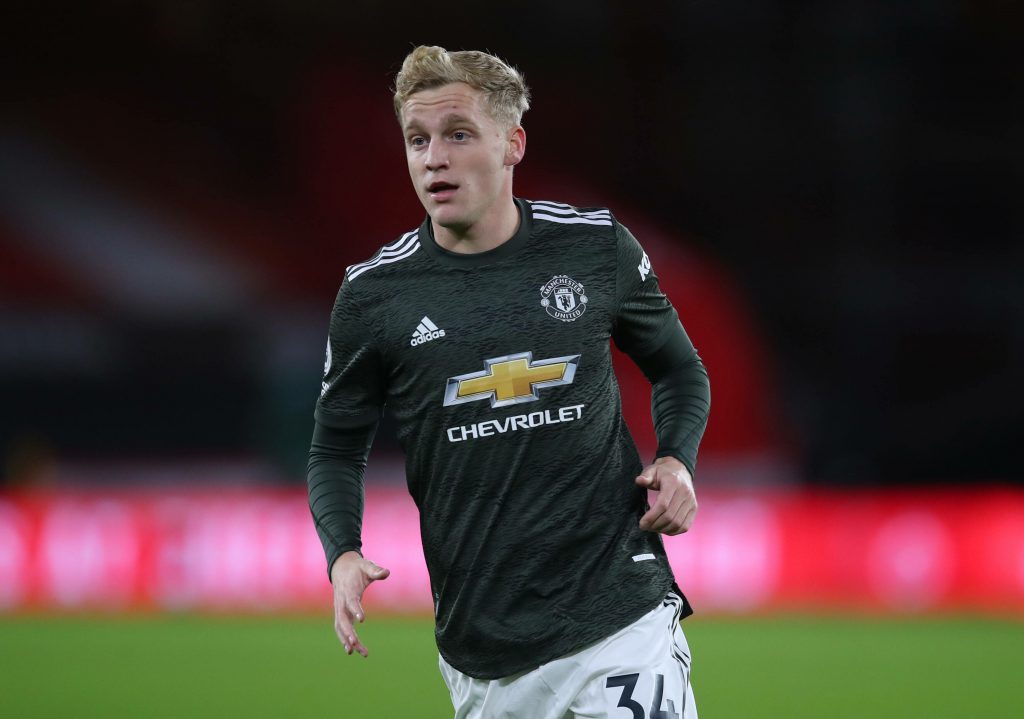 Donny van de Beek could be set to leave Manchester United this summer, according to 90min.

The Dutch midfielder’s time at Old Trafford has not worked out as hoped. Since scoring as a substitute on his debut against Crystal Palace, he has started just two league games and 12 in all competitions, failing to score.

However, the Dutchman has undoubted ability. In Ajax’s run to the Champions League semi-finals in 2019, he was influential, scoring away goals against Juventus and Tottenham Hotspur in the knockout rounds.

90min claim that the Red Devils are willing to use the midfielder as a makeweight for transfer targets in the summer. Borussia Dortmund pair Erling Braut Haaland and Jadon Sancho are believed to be near the top of their list.

Haaland has shone over the last two seasons, netting 77 goals in 71 appearances in all competitions across his spells at RB Salzburg and Dortmund.

The Norwegian has previously worked with Man Utd manager Ole Gunnar Solskjaer at Molde, giving them the upper hand in negotiations.

However, he is believed to be a target for several of Europe’s top clubs, such as Paris Saint-Germain, Manchester City, Barcelona, Real Madrid and Chelsea.

Meanwhile, they will likely face less competition for Sancho’s signature. Last summer, the Red Devils pushed hard for a deal for the Englishman but refused to pay his €120m asking price.

Read also: Eric Bailly fears Man Utd want to renew his contract to sell him for a bigger fee this summer.