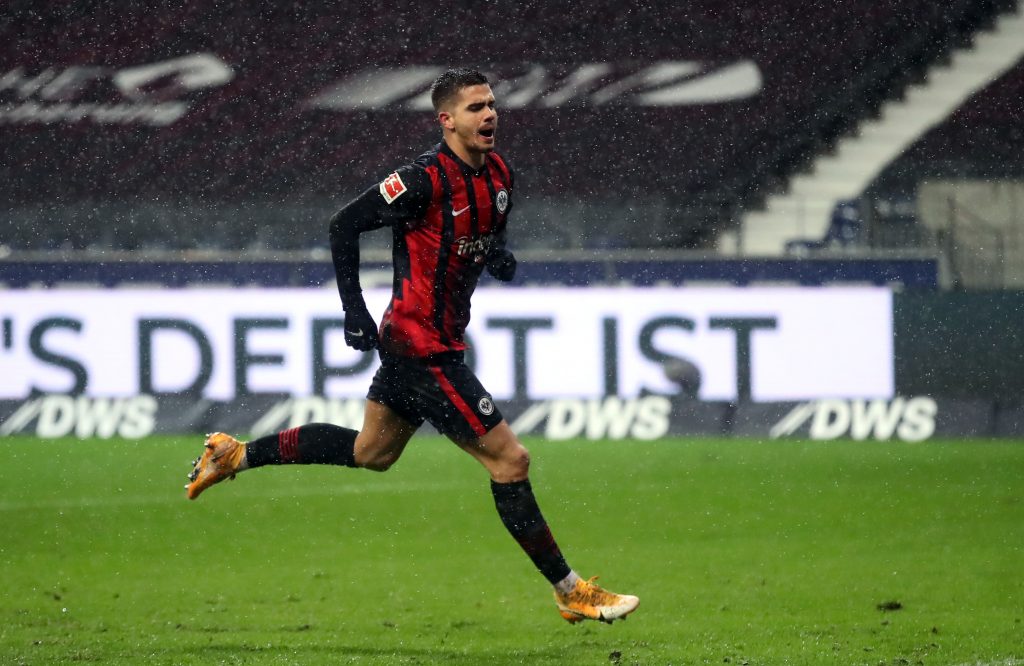 The Portugal international bagged 16 goals in his season-long loan at Frankfurt last term, before joining them on a permanent basis from AC Milan in the summer.

He has excelled this season with 19 goals from just 22 appearances and 18 of those have come in the Bundesliga where Frankfurt are flying high in third spot.

His form has caught the eye of both United and Atletico and it is suggested that Silva could be an alternative to Erling Braut Haaland for the Red Devils.

Ole Gunnar Solskjaer’s side believe that they could prise away the centre-forward from Frankfurt for around €30 million during the summer transfer window.

The Red Devils have constantly swapped between Anthony Martial and Edinson Cavani for the role up front and the latter has recently cemented the spot.

Cavani has impressed with three goals in his previous six league appearances to take his tally to six for the season.

However, the 34-year-old is only a short-term option for them and the club may want a young striker who can lead the line with consistency over the next decade.

Martial looked a possible solution last term, but the Frenchman has been lacking confidence in recent months and has come in for criticism from some fans.

Borussia Dortmund’s Haaland is currently the hottest young striker in European football and he has bagged 23 goals from as many games this term.

His current deal has a release clause worth £68m, but that will only become active at the end of the 2021/2022 season.

Should Dortmund consider his sale next summer, they are likely to demand more than £100m and United will face stiff competition from rivals Manchester City.

While United do have the finances, the hierarchy’s reluctance to spend big over the past year indicates that they may not break the bank to land the Norwegian.

In that case, Silva could be an ideal alternative and United may need to act fast as the player’s valuation could significantly increase with his sublime form.

Silva is presently the second-highest goalscorer across Europe’s top-five leagues this season. Only Bayern Munich’s Robert Lewandowski (25) has scored more times than him.