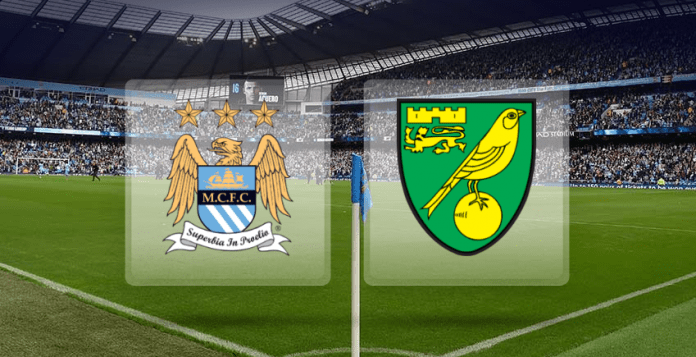 Premier League leaders Manchester City entertain Norwich City at the Etihad Stadium on Saturday hoping to get back to winning ways in the league after coming away with a 0-0 draw in an attritional Manchester derby last weekend. Manuel Pellegrini’s men have done well since then though, judging from their midweek 5-1 pasting of Crystal Palace in the League Cup.

Norwich, meanwhile, haven’t tasted a win for a more than a month now and suffered the disappointment of a League Cup exit on penalties at the hands of Everton on Tuesday night. The Canaries are currently 15th in the table; their last win in the league was against fellow newcomers Bournemouth in the early parts of September. Since then, they have shipped 12 goals in five games, including a 6-2 hammering by Newcastle United.

Manchester City are joint top of the table along with Arsenal; the Sky Blues ahead only on goal difference. With Arsenal kicking off away at Swansea at the same time on Saturday, a loss for City could see them overtaken by the Gunners. A win, however, will keep them at the top of the standings should Arsenal not have a seven goal swing with a win over Swansea.

Last time Norwich played away in the league, they were handed a 6-2 defeat by Newcastle. There are chances of Norwich getting on the end of a tennis score as Manchester City have already registered big wins this season, including a 6-1 rout of Newcastle, a 5-1 obliteration of Bournemouth and the 5-1 win over Palace in the League Cup.

Manchester City are facing an injury crisis with key players Sergio Aguero and David Silva not set to return into the fold. Midfielders Samir Nasri and Fabian Delph are also out with injuries, as is the case with left-back Gael Clichy. Experienced right-back Pablo Zabaleta has only played twice this season for the Citizens, and the Argentine is also a doubt for Saturday’s game after being stretchered off last night against Palace.

Norwich only have Belgian midfielder Vadis Odjidja-Ofoe as an injury worry as otherwise manager Alex Neil has a full complement of players to choose from. Recent loan moves for midfielder Elliott Bennett and striker Gary Hooper to Championship clubs have somewhat thinned the squad. In-form striker Diumerci Mbokani, who missed the Everton game through injury, is expected to start ahead of Cameron Jerome.