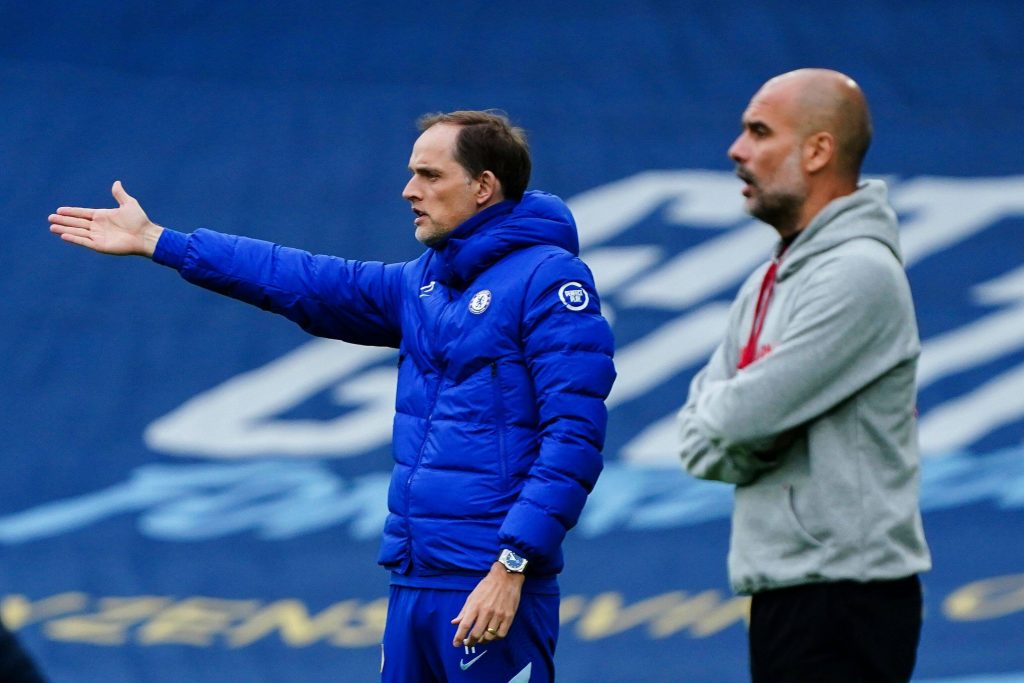 Estadio do Dragao is the venue, as Manchester City and Chelsea go head-to-head in an all-English Champions League final on Saturday night.

Man City’s debut in the Champions League final pits them against Premier League rivals Chelsea, who qualified for the decider for the third time in the club history.

After years of suffering and failed attempts to lift their first-ever Champions League title, the newly-crowned Premier League champions will have the chance to do it at the expense of bitter domestic rivals and join the prestigious Champions League winners’ list.

Meanwhile, Chelsea will be looking to add to their 2011/12 success when they squeezed past Bayern Munich after a penalty shoot-out at the Allianz Arena.

A Champions League final against domestic opponents may stir some painful memories within the Blues camp as they succumbed to Manchester United in their only previous such showdown.

The sides’ only previous meeting in Europe dates back to the 1970/71 European Cup Winners’ Cup semi-finals.

Chelsea won both legs by the identical 1-0 scoreline and went on to conquer the competition, defeating Real Madrid in the final.

City and Chelsea have already locked horns three times this season, with the Blues coming out victorious twice across those fixtures (L1), including a 2-1 triumph in their most recent encounter at the Etihad.

Overall head-to-head record favours the London outfit. The Blues have registered 68 victories in 166 matches against City, who had added 58 successes to their name with 40 stalemates.

The teams have met in cup finals only twice so far, with City claiming a 4-3 win on penalties in their most recent such contest back in the 2018/19 English League Cup final.

Since being held to a 1-1 home stalemate to West Brom on 15 December, City have not drawn any of their subsequent 40 matches in all competitions (W35, L5).

Except for a 4-3 home victory against Tottenham Hotspur in the second leg of their 2018/19 Champions League quarter-final tie, the Cityzens have lost all of their other five European meetings with domestic opposition.

However, Pep Guardiola’s men have been relentless in Europe this season, picking up 11 victories in the Champions League to become the first Premier League side to reach that milestone in a single campaign.

A victory at the Dragao would be City’s 50th in the competition proper, helping them equal Real Madrid’s record of 12 wins in a single Champions League season.

Free-scoring City have netted a whopping 60 goals in their last 25 Champions League outings at an average of 2.4 strikes per game.

Before Marco Reus’ 84th-minute goal at the Etihad in the first leg of their quarter-final tie, City had gone 790 minutes without conceding in Europe’s most prestigious club competition.

They have since failed to keep a clean sheet in two of their three knock-out fixtures.

Chelsea have won 50% of their matches in the Champions League proper (88/176), including four out of six in this season’s knock-out stage (D1, L1).

The Londoners have lost only 21.05% of their European fixtures versus Premier League adversaries (GP19 – W7, D8, L4), albeit they have managed just one triumph in their last five such games (D2, L2).

Since ousting Real Madrid in the semi-finals, the Blues have suffered three defeats in five games across all competitions (W2), although one win in this sequence came against City.

A 2-0 second-leg win against Madrid marked Chelsea’s 13th clean sheet in 17 matches, with Tuchel’s side failing to register a shutout in any of the last five since then.

Edouard Mendy has kept a blank sheet in eight of his 11 Champions League appearances for Chelsea this season en route to setting a record for a Premier League keeper in the competition.

Tuchel failed to win any of his five competitive meetings with Guardiola with Mainz and Borussia Dortmund during their time in the Bundesliga (D2, L3).

The German manager’s teams scored just twice across those five matches while conceding 11 in the process.

The 47-year-old also lost his only previous managerial encounter with Guardiola in a final, with his Dortmund side suffering heartbreak in the 2015/16 German Cup showpiece event.

However, things have dramatically changed since Tuchel took charge of Chelsea in January. He has won both games against Guardiola this season, each by a single-goal margin.

Tuchel lost his only previous Champions League final during his tenure at Paris Saint-Germain, courtesy of a 1-0 defeat to Bayern Munich in 2019/20.

Meanwhile, Guardiola has a perfect record in the competition’s finals, winning both Champions League showpieces during his trophy-laden stint at Barcelona.

But the Spaniard has lost more games to Chelsea (seven) than against any other side throughout his illustrious managerial career.

Sergio Aguero has netted 13 goals against Chelsea during his remarkable ten-year spell at City, only scoring more against Newcastle United.

The Argentine has signed off for his remarkable Premier League career with a brace against Everton on Matchday 38.

If Guardiola decides to play his talisman at the Dragao, it will be the veteran’s final appearance for City.

After wasting a penalty in City’s 2-1 defeat to Chelsea in their most recent meeting, Aguero will be keen to rectify his mistake if he receives a chance in the final.

Christian Pulisic will become the first United States player to appear in a Champions League final if Tuchel opts to hand him the opportunity on Saturday.

Despite failing to score in his last six Premier League outings, the ex-Dortmund star has become a permanent fixture in the German’s starting XI.

The 22-year-old forward was involved in two of Chelsea’s three goals in a two-legged semi-final tie against Madrid, assisting one and scoring one.

Pulisic failed to score against City at the Etihad Stadium in early May but caused chaos to the Cityzens’ backline with his blistering pace and quick movements between the lines.

You can watch the Champions League final live online here.