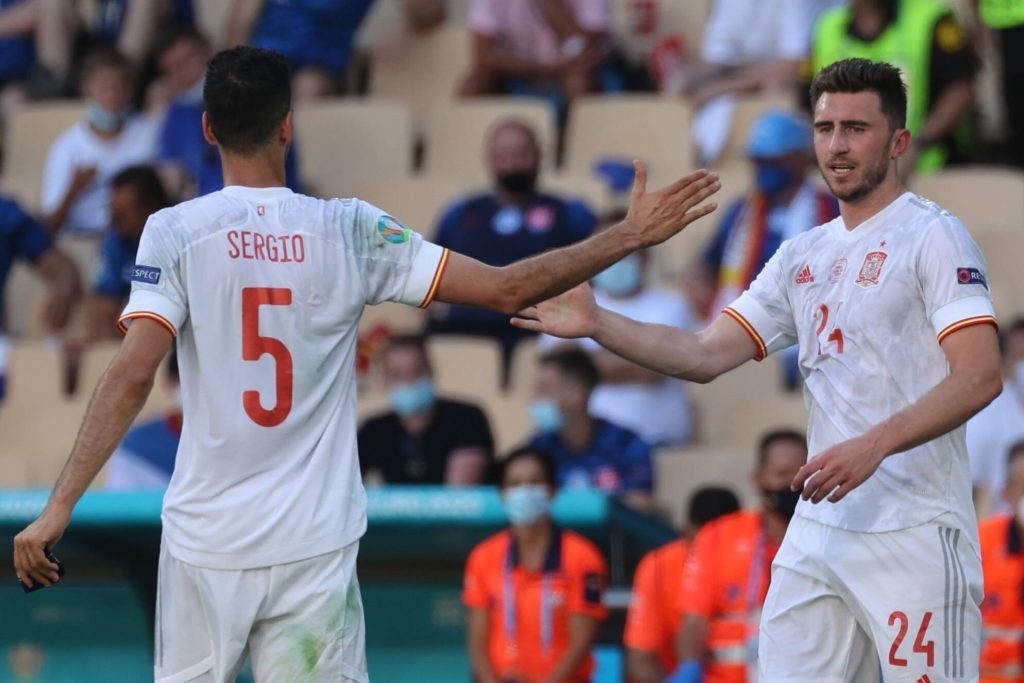 Manchester City are open to selling Aymeric Laporte this summer if any club meets their £60 million asking price, The Mail reports.

Laporte has been with the Cityzens for the past three-and-a-half seasons, but he is said to be assessing his options ahead of the transfer deadline.

The Spaniard was the back-up to Ruben Dias and John Stones for the central defensive roles last term while occasionally playing as a left-back.

It is now reported that the Cityzens are open to sanctioning his departure this month if they receive an offer of around £60m for his services.

Juventus and Real Madrid are considered admirers, but there are doubts whether they can afford to sign him before the August 31 deadline.

Stones’ future with the club was questioned at the end of the 2019/20 campaign, but he has since redeemed himself with consistent displays alongside Dias.

Laporte was regularly left on the bench for the league games last term. He made just 16 appearances. Most of them came when Pep Guardiola decided to rest one of the regulars.

Unsurprisingly, he wants a move elsewhere. Guardiola has personally admitted that around three to four players could be heading for the exit door this month.

Juventus and Real Madrid are being credited with an interest in the £120,000-per-week man, but we don’t fancy either to sign him unless an initial loan deal is agreed.

The Bianconeri are facing a tight financial situation. They recently signed Manuel Locatelli from Sassuolo after extended talks on loan with an obligation to buy.

Elsewhere, Los Blancos seem to be focused on a late raid to sign Paris Saint-Germain’s Kylian Mbappe. They are recouping funds and recently sold Martin Odegaard.

The Frenchman could cost £150m despite entering the final year of his deal. A move for Laporte can’t be ruled out, but a centre-back does not appear a priority for them.

Earlier this summer, Barcelona were touted as a possible destination for Laporte, but we can rule out that option with the club yet to register all of their summer signings.

With the need to reduce a surplus wage bill to meet the La Liga wage cap, the last thing on their mind would be a big-money signing before the transfer deadline.

City currently have Nathan Ake as the other senior back-up option in central defence. They could rely on Fernandinho and highly-rated Luke Mbete for cover if Laporte leaves.