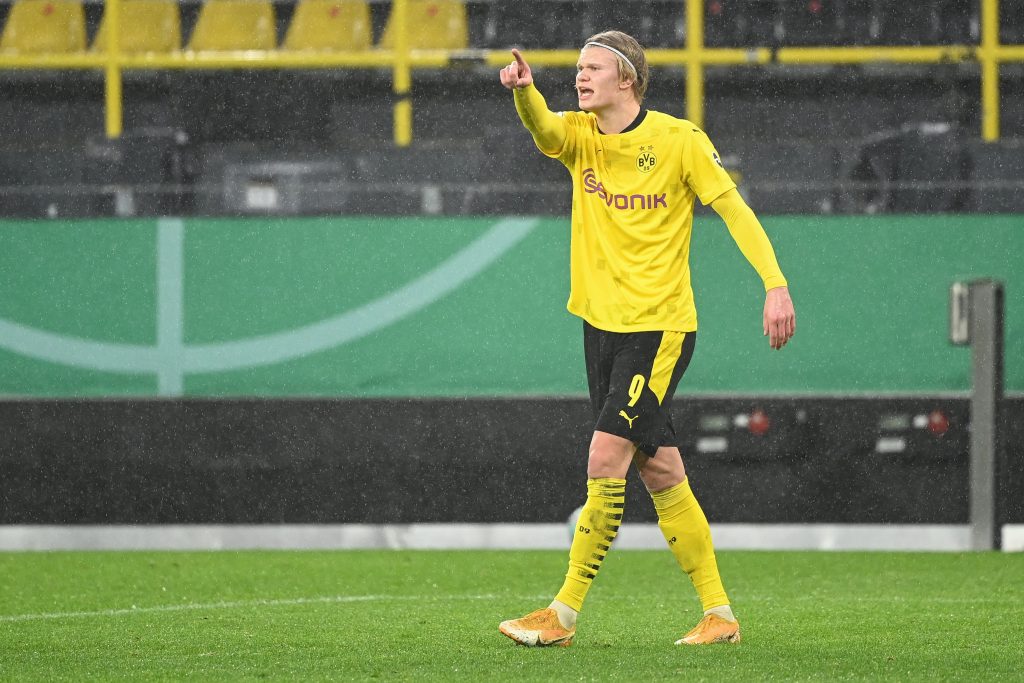 Manchester City have been tipped to rival Chelsea for the services of Borussia Dortmund striker Erling Braut Haaland.

According to the Mirror, City are prepared to ‘blow his suitors out of the water with a £100 million bid this summer.

Manager Pep Guardiola is eager to find a replacement for Sergio Aguero, with the Argentine striker nearing the end of his contract with the club.

Injuries and illness have limited Aguero’s impact this season and City may be ready to part company with their all-time leading goalscorer.

It is no surprise to see City linked with Haaland and they are unlikely to be the last club to throw their hat into the ring.

The 20-year-old has been hugely impressive with Borussia Dortmund, averaging a goal-per-game since joining the club last January.

His form has drawn admiring glances from most of Europe’s top clubs, and there is sure to be a mad scramble to sign him this summer.

The Norwegian has the physical attributes to shine in the Premier League, and his finishing ability is simply staggering.

Chelsea had made Haaland their number one target, with new manager Thomas Tuchel eager to build a team that can challenge for silverware.

However, they face a battle to qualify for the Champions League, which could impact their chances of signing the Dortmund star.

City are well placed to regain the Premier League title this season and adding Haaland into the mix would make them even more formidable.