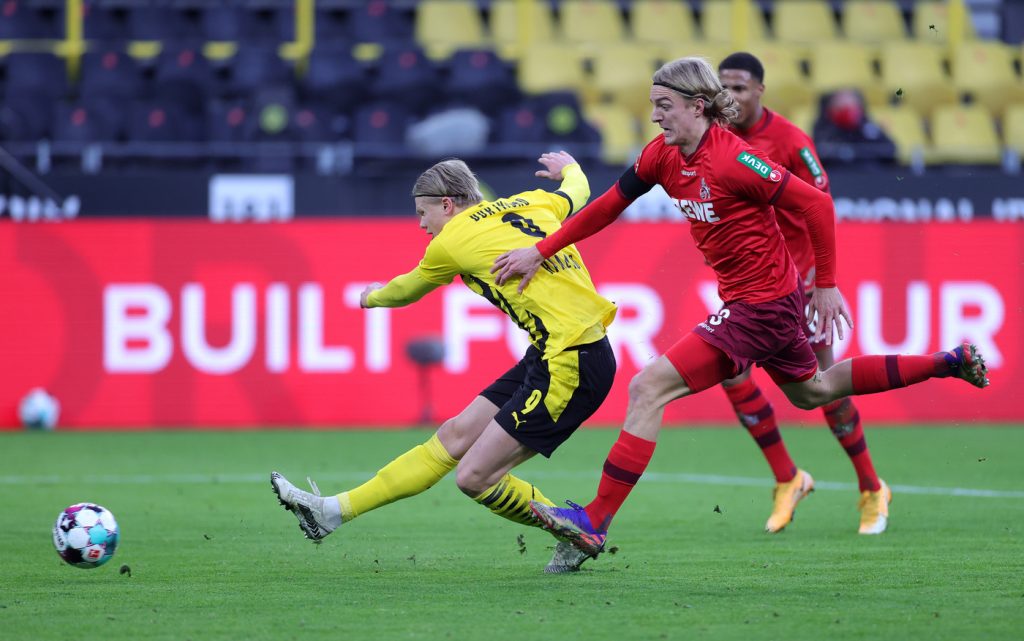 Chelsea will need to fulfil two requirements if they want to sign Erling Braut Haaland from Borussia Dortmund.

The appointment of Thomas Tuchel as manager has sparked talk that the 20-year-old could join the Blues this summer.

Haaland has a £66 million release clause in his current contract, although this does not come into effect until 2022.

However, European football writer Tom Williams believes that Chelsea could secure Haaland’s services earlier providing they can fulfil a couple of conditions.

“There is feeling that he will end up here someday and his game would certainly be suited to English football,” he told the Sky Sports Transfer Talk podcast.

“I think it will depend on two factors primarily. Firstly, can they offer him Champions League football because anything but that for Haaland would be a step back?

“He has had a taste of it with Dortmund and he’s taking to it like a duck to water and he’ll want to keep playing in the competition.

“And secondly, is he going to start in every game? You look at the competition for places at Chelsea with Olivier Giroud, Timo Werner, Tammy Abraham and we are still in the early days of Tuchel’s reign, so we have no idea what the hierarchy will look like in a few months’ time.”

It is difficult to argue with either of Williams’ points regarding the possibility of Haaland joining Chelsea this summer.

The Norwegian striker has already proven his ability in the Champions League and he will be keen to continue playing at that level.

Both Dortmund and Chelsea have a fight on their hands to qualify for next season’s competition and that potentially complicates the issue.

However, a further factor that could work in Chelsea’s favour is their spending power, with owner Roman Abramovich eager to see the club begin to compete for silverware again.

On that basis, Chelsea may well blow their rivals out of the water to ensure that they secure Haaland’s signature.