Borussia Dortmund attacker Marco Reus has said that it is an ‘achievement’ to be linked with Barcelona and Manchester United, but stresses that he is happy at the Bundesliga club.

The 24-year-old said in an interview with German newspaper ‘Bild’ that although he was flattered by the rumours, he plans to stay in Germany.

When specifically asked about the rumours linking him with a move to Spain or England, Reus replied,

“I have a valid contract with BVB and am happy to be here!”

“To be honest, I read (about speculation) very little, but you will notice there are times when there is interest here and here, which is quite an achievement.”

The German is one of the stars of Jurgen Klopp’s side, and has 12 goals and six assists for the Bundesliga outfit so far this season.

There has been much speculation linking Reus with a move to Old Trafford in the January transfer window, with some reports suggesting that former Dortmund player Shinji Kagawa could be used as a makeweight in a potential deal.

But Reus does not seem fazed by the rumours, and spoke at length about his eventful year at Dortmund during the aforementioned interview.

Meanwhile, Man Utd are reported to be pushing ahead with a move for Dinamo Zagreb’s 17-year-old striker Robert Muric, in what could turn out to be the bargain of the winter. 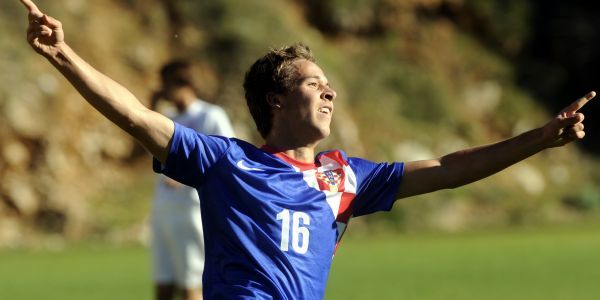 The Daily Mail reports that Muric, who is valued in Croatia at about £6m, could be prised away for as little as £300,000, due to an ongoing dispute as to whether the player has signed professional forms at the club.

The likes of Chelsea and Barcelona are also rumoured to be keeping tabs on the striker, who scored Croatia’s opening goal in the Under-17 World Cup finals last year.

What do you think? Who should David Moyes sign this January? Let me know in the comments below…