Man Utd seem certain to unload at least two of their current squad in the coming months, with both Anderson and Patrice Evra said to be gearing up to leave Old Trafford. 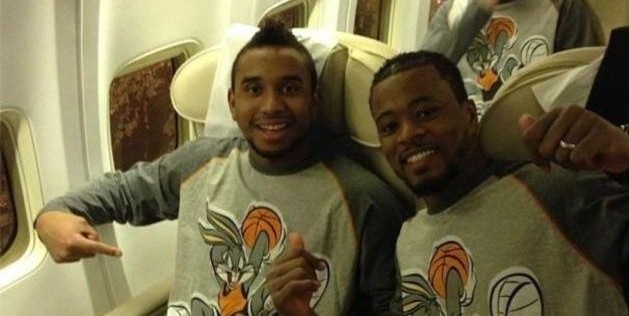 Brazilian battler Anderson is on the verge of moving to Serie A side Fiorentina, according to the Daily Mail, with either a loan deal or permanent deal on the cards.

La Viola’s sporting director Daniele Prade confirmed the club’s interest in the 25-year-old, and said that negotiations are underway,

“Yes, we are negotiating for Anderson, but at the same time we have other objectives too,” Prade told Sport Mediaset.

Fiorentina manager Vincenzo Montella has shown an interest in the midfielder, and would be happy to add him to his current squad,

“He is certainly a very good midfielder. I prefer to seek experienced players at this point, seeing as we have promising youngsters in the squad already,” said the 39-year-old.

Although to many, Anderson is perennially stuck with the ‘promising youngster’ moniker, despite being in his mid-twenties, due to to an unusual career at Old Trafford.

Once a devastating attacking wide-man, who showed glimpses of ‘Ronaldinho-esque’ trickery, Anderson was converted into a defensive midfielder by Sir Alex Ferguson, a move that some say was the wrong move for the fleet-footed Brazilian.

Arriving in Manchester for a whopping £17m in 2007, Anderson is widely considered to be a failed venture, having never hit the heights predicted of him from his Porto days.

He is expected to complete a move to Serie A in the coming weeks, with tuttomercatoweb.com claiming that a loan deal or an £8m permanent move are the two leading possibilities.

Frenchman Evra is set to leave the club in the summer, according to the Guardian, and former club Monaco are said to be favourites for his signature.

Evra left the French side for Manchester back in 2006, and following reports that Moyes told Evra personally that he intends to bring in further competition on the left side, a move back to Ligue 1 seems to be the likeliest scenario for the 32-year-old.

The likes of Nani, Wilfried Zaha, Rio Ferdinand and Nemanja Vidic have also been linked with moves away from the club in recent weeks, and could well follow Anderson and Evra out either this month or in the summer.

What do you think? Should Evra and Anderson be ushered out of the door? Let me know in the comments below…