Real Madrid will have their next presidential elections on July 5.

The club’s members must confirm the election date (at the next assembly on March 29) before it becomes official. The confirmation is expected to be a formality, so for all intents and purposes Real Madrid’s Summer 2009 transfer window starts today.

Former president Florentino Perez is an early favourite (mostly he’s made the most outrageous promises so far) and while the official word is that we’re all waiting for his wife’s health to get better before we get plastered by the transfer madness, it’s a safe bet to say that he’ll go for it, and the wife will get him some sympathy votes while they’re at it (who, me? cynical? naaahh).

Let’s see who Perez is after, hmmm? 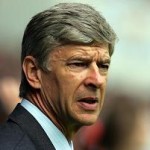 He’s overseeing a tough season but before critics forget, they’ve been stuck in 5th position for most of the season before as well, beating Tottenham to 4th place on the last day back in 05/06, so it’s not as if Arsenal have been in the dumps (relatively speaking) before. What’s important is that when he gets all his players fit, and when some of his midfielders grow up (with all the watering, nurturing and sunlight they’re getting at the Grove, why not), this team will compete for the title again (like they did last year).

Wenger’s dedication to pretty football (an oversimplification but bear with me) has earned him a lot of respect in recent years, and the prospect of his managerial skills being applied to a star-studded squad balanced by experience and quality is frighteningly delicious (think Arsenal in 03/04).

Wenger’s chances of leaving Arsenal are slim to none. He’s committed to staying for a few more years (what with his current project needing several years to complete) and his departure it will depend on a variety of factors, from club ownership to the board’s support to player rapport to fan support, and of course to the freedom and control he’s given at his new club.

Wenger is a fiercely loyal, intelligent and self-respecting manager. If Perez wants him, he’ll need to let Wenger mould Madrid in his way, and there is undoubtedly going to be a clash between Madrid’s desire to attract superstars vs Wenger’s desire to grow teams in his garden. Wenger-ball may work better in Spain, but for it to happen both Madrid and Wenger will need to change. 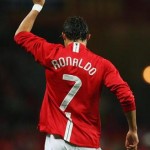 The year-long transfer saga that has turned Manchester United fans against their own man. For Manchester United’s sake, Ferguson has done his best and kept Ronaldo at Old Trafford. I strongly believe that the moment Sir Alex thinks Ronaldo is not going to give his 100% to the club he’ll have David Gill flog Ronaldo off to the highest bidder a la Beckham, and until that day and time comes I’m happy to trust SAF’s judgment in that Ronaldo is doing his best for Manchester United this season.

Will he, won’t he, should he? His pace, technique and physical conditioning after being manhandled by Premiership defences for several years make him a frightening proposition for Spanish football, and he could very well be Madrid’s answer to Barcelona’s Messi (let’s leave the comparisons for another day). He wants to come, they want him to come, it’s a matter of convincing Manchester United and with the ‘loans’ taken out and the secret unwritten agreements floating around this summer will see either the biggest transfer (or more, if we see the next 2 players move) happen in football, or we’ll see Madrid being tamed by the Red Devils for yet another year.

Milan refused to sell him to Madrid when he was open to an offer, and Kaka himself refused a move away from Milan when Manchester City came calling. This summer though things are likely to be different. City will come calling again, and so will Madrid but as long as Madrid can pay what Milan need to pay debts, Kaka will once again have to choose between a happy family and loving fans and … a happy family led by Wenger and more adoring fans. I wonder if Jesus will guide him this summer? 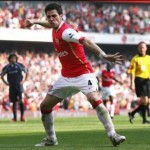 Fabregas has thrived under the enormous pressured weighing on his shoulders at Arsenal, first as the numero uno midfielder and then as Arsenal captain. Till last year he had Flamini, Hleb and Silva to give him support but this season he was pretty much on his own, and while there is no doubting his loyalty to Arsenal, the fans and the gaffer, there will always be a question raised if Arsenal fail to qualify for the Champions League or worse, Wenger was to leave.

Here’s what I think – Fabregas wants to go to Barcelona but not until he’s proved himself at Arsenal by winning titles. Going to Madrid will significantly hamper his chances of a move to Barcelona, but at the end of the day it depends on how much Barcelona want him and whether they actually need him as well (they need a central defender and a good holding midfielder, someone faster than that man-mountain Yaya). Wenger going to Madrid will nudge him closer to the Spanish capital but my bet is that with his contract, he’ll wait till Barcelona come banging on Arsenal’s door, at least for the next couple of years.

He’s reported to want a move away from Bayern with Barcelona angling for a move and then there’s the whole Madrid-Ronaldo-United saga that could leave either club without a top winger come August, so expect serious interest in the Frenchman from both Spain and England this summer. I doubt he’ll be a first-choice target for Madrid (doesn’t have the looks, you see) but could very well end up there if United manage to hold on to Ronaldo for another year. The only problem? He’s not pretty.

This is where you tell me who you think Perez / Madrid will be angling for this summer. Villa is always an option but Madrid botched that one last season and there’s a good chance he’d rather go to Barcelona than Real. Then there’s Drogba, who’s on the record as saying that he wants to play in Spain / Italy and Chelsea are looking to reduce their wage bill, so who knows? Same problem as Ribery though, so maybe he’ll stay after all.

Apart from Faubert, who’s never going to return to Madrid (seriously now), and possibly Mr Sylvie, who do you think will be shipped out (come on, you don’t expect them to stack all these superstars on the bench, do you?)?