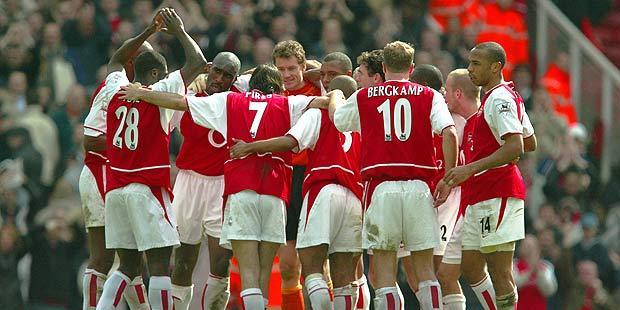 When you think about the best teams in European football history, the names of Barcelona, Real Madrid, Juventus and Manchester United immediately spring to mind. However, Romanian side Steaua Bucharest hold the enviable record of having the longest unbeaten streak in domestic club history in a European Cup winning nation.

Here are the top ten legendary sides that opponents found it almost impossible to get the better of.

The Arena Nationale outfit are the most successful side in Romanian history, and were untouchable in the late 1980’s, putting an unbelievable run of 104 games without defeat. The capital city side won five back-to-back Liga I titles in their pomp, before being dethroned by a revitalised Dinamo Bucharest in 1989-90. Their record dwarfs the achievements of the remainder of the dominant sides on this list.

The Scottish giants put together a dominant period that included three consecutive domestic titles and an incredible 62 games without defeat. The Parkhead outfit were managed by Willie Maley for an unfathomable 43 years between 1897 and 1940, with the dominance in this unbeaten run the highlight.

The original ‘Invincibles’, AC Milan claimed the 1991-92 Scudetto unbeaten. The work was started by Arrigo Sacchi and continued by Fabio Capello, and also saw the San Siro giants earn glory in the 1993/94 Champions League. The unbeaten run of 58 games came to a conclusion courtesy of Faustino Asprilla and Parma FC.

Benfica come next on the list of unbeaten sides, going 56 games without a defeat in the 1970’s. The side was coached by former Chelsea defender John Mortimore, and had the likes of Fernando Chalana, Toni, Nene and Humberto Coelho in their ranks. A 1-0 loss to rivals FC Porto ended the run.

Not to be outdone by their Estadio da Luz neighbours, Porto won an unprecedented five top-flight Portuguese titles in the mid 1990’s. This included an outstanding 53-game record of success, where the side were not conquered.

Louis Van Gaal’s Ajax side of the mid 1990’s went an entire season unbeaten both in the Eredivisie and the Champions League in 1994-95. The team included the likes of Edwin Van der Sar, the De Boer twins, Edgar Davids, Clarence Seedorf and Frank Rijkaard, in what was a period of huge success for the Amsterdam club.

Arsene Wenger’s Arsenal side of 2003-04 claimed the Premier League title in an unbeaten campaign, and were duly named ‘The Invincibles’. The Gunners’ achievement ended a century long wait for any team to complete an entire season unbeaten. Manchester United took delight in ending the run with a 2-0 win.

Juventus became only the third club in Serie A history to win the Scudetto without losing a game in 2011/12, with Antonio Conte leading a revival for the Bianconeri. The club have won back-to-back Scudettos and will look to assault Europe next season with their new strike force of Fernando Llorente and Carlos Tevez.

Dinamo Bucharest mimmicked their cross-town rivals Steaua’s achievements in the early 1990’s, going 47 games without losing. The Romanian side won 21 of their 34 domestic league games in 1991-92, drawing the other 13. After this campaign Dinamo did not become champions of Romania for another seven years.

Forest’s side of 1977-78 won their only ever top-flight campaign under Brian Clough, with 21 victories and 21 draws in a 42 game spell over 13 months. The team contained the likes of Peter Shilton, John Robertson and Viv Anderson, and Forest went on to win back-to-back European Cups in 1979 and 1980.