How Liverpool will line up with Mario Balotelli

Liverpool have agreed a £16m deal with AC Milan to sign Mario Balotelli.

The controversial Italian striker has confirmed to his team mates that he is leaving Milan and will join the Merseyside outfit.

The 24-year-old will undergo a medical and agree personal terms, which I think is just a formality from here on, before being announced officially as a Liverpool player.

The deal comes as a surprise to me as Liverpool manager Brendan Rodgers clearly mentioned that he was not interested in signing Super Mario only couple of months back.

The Reds manager feels the need to sign one more striker to his squad. He even admitted that after the opening day victory against Southampton.

Liverpool have tried to sign Loic Remy, but the deal was called off due to his medical concerns. The likes of Wilfried Bony, Radamel Falcao and Edinson Cavani were also being considered.

And probably after exploring at the possible options, Liverpool has taken this big gamble and a shock U- turn.

Balotelli is a highly talented striker. He would bring loads of quality to the side. But at the same time he is unpredictable and a controversial genius.

I am not too bothered with his off pitch antics, but it is his on pitch baggage and attitude in training that leaves a room for concern.

However, at £16m, he is a bargain. Brendan Rodgers’ biggest strength is his man management and that gives a hope that he can not only get the best out of Balotelli but will make the Italian a much better player than he is now.

The question is – how will Liverpool line up with Balotelli?

Balotelli not only adds depth to this side but gives Rodgers bundles of options to tinker with. He can use him as a lone striker in the 4-2-3-1 formation, can deploy him in a 4-4-2 system beside Daniel Sturridge or can use him in a 4-3-3 system as well.

In a 4-2-3-1 system, Balotelli can operate as a lone striker. In that case, Sturridge may be dropped to the bench or can be moved wide.

Likewise, Balotelli would be useful in a fluid 4-3-3 system as well, where the front three will be given freedom to move freely. 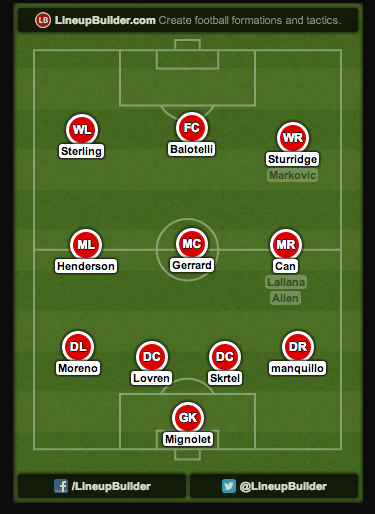 Rodgers has used diamond system to a good effect last season. He reverted to that system in the opening match of the new season as well, towards the end. 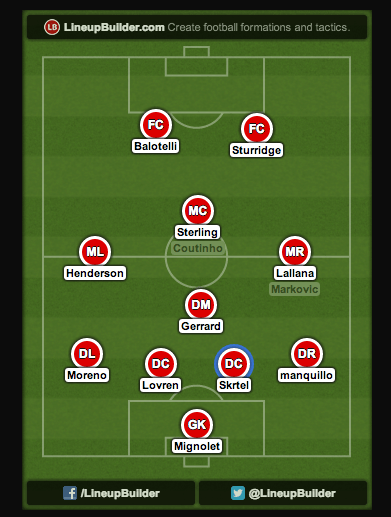 Let us know how Liverpool will use Mario Balotelli in the upcoming season?