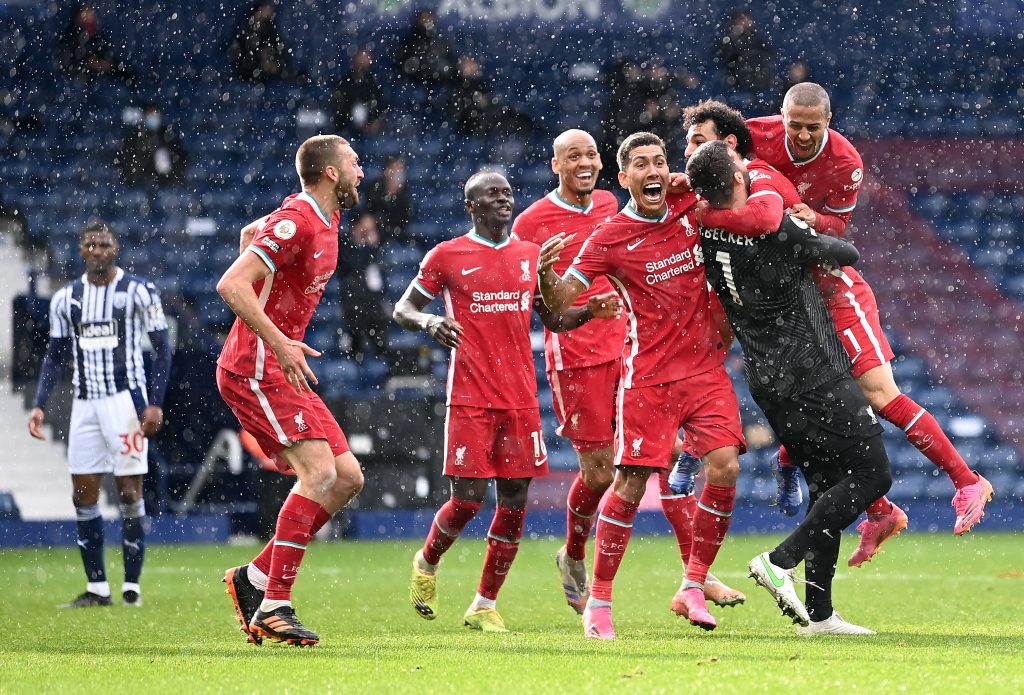 Thankfully there wasn’t much diving going on over the weekend, so we’ll have to focus on other stuff.

Let’s start things off by getting stuck into Liverpool.

When is the open-top bus parade?

“If you are first, you are first. If you are second, you are nothing.” Former Liverpool manager Bill Shankly’s iconic comment perfectly summed up his attitude to football.

If Shankly had been around today, he’d have been horrified by the wild celebrations that followed Alisson’s late winner at West Bromwich Albion on Sunday.

Sure, a goal scored by a goalkeeper is a rare occurrence. However, this was a goal against a relegated club that moved Liverpool from fifth to, erm, fifth position in the Premier League.

Judging by the scenes of ecstasy after the goal, it is not unreasonable to think that there’ll be an open-top bus parade if the Reds finish in the top four.

West Ham United’s 1-1 draw at Brighton & Hove Albion on Saturday pretty much ended their hopes of qualifying for next season’s Champions League.

Results elsewhere mean that the Hammers are not guaranteed to book a place in the Europa League, which would be a massive disappointment after a decent season.

A tally of four points from their last five matches has proved costly, leaving David Moyes’ side in danger of tumbling out of contention for European places.

Moyes’ failure to replace Sebastien Haller in the January transfer window is now increasingly looking to be an extremely costly mistake.

Leeds need to kick on next season

One win from their last two games would see Leeds United secure a top 10 finish in their first season back in the Premier League after a 16-year absence.

Manager Marcelo Bielsa has done a superb job at Elland Road, laying the foundations for the club to establish itself as a force in the top flight.

Regardless of where they finish this term, the Whites face a crucial summer as they bid to build on what has been an impressive campaign.

As highlighted by Leicester City’s FA Cup success over the weekend, it is entirely feasible to challenge the big guns if a club gets its recruitment right.