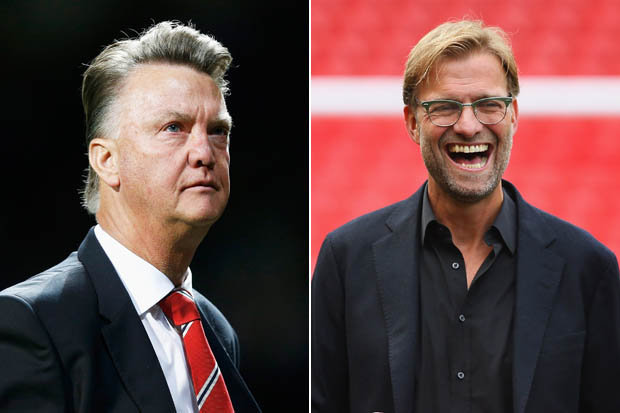 What a game we have on Sunday!

Massive. Absolutely massive. For both teams.

Liverpool, 9th in the league table, need to win this game to stay in the hunt for the top four race.

The Reds are five points off top four, and what better way to close the gap than winning against your arch rivals?

Liverpool’s recent form hasn’t been impressive. They have lost twice and drawn once in their last five Premier League games.

However, the Reds are heading into this match on the back of a pulsating 3-3 thriller against Arsenal.

On the other hand, Manchester United have won just once in their last eight Premier League games.

The pressure is increasingly mounting on Louis van Gaal, and as per The Times the Dutchman could lose his job if United are beaten by Liverpool.

It’s early January, and already this fixture has been billed as a ‘must-win-game’ for both the teams.

Pride, passion, blood, vitriol – these are common elements of this fixture – there’s something more to it this time.

A United manager losing his job after defeat to Liverpool? Well, that would be one hell of a story!

Conversely, United ending Liverpool’s top four hopes and winning fives times in a row against them would be an intriguing aspect of this historic rivalry.

Excitement has been at fever-pitch for days. In a game of 90 minutes, anything is possible.

Steven Caulker could be in line to make his first start for Liverpool on Sunday.

He could replace Kolo Toure to partner Mamadou Sakho at the back, with Dejan Lovren still out injured.

Joe Allen scored the winner against Arsenal, and the Welshman is pushing for a start in midfield.

Roberto Firmino was superb against Arsenal, and the Brazilian is likely to lead the line in expense of Christian Benteke once more.

Bastian Schweinsteiger is still missing out with a knee injury, and Carrick is out injured too, so expect Marouane Fellaini to partner Morgan Schneiderlin in midfield with Herrera playing ahead of them.

Juan Mata was dropped for the 3-3 draw with Newcastle, but the Spaniard could return to the starting lineup.

1 – Manchester United have won once in their last 8 games

4 – United have won their last four games against Liverpool