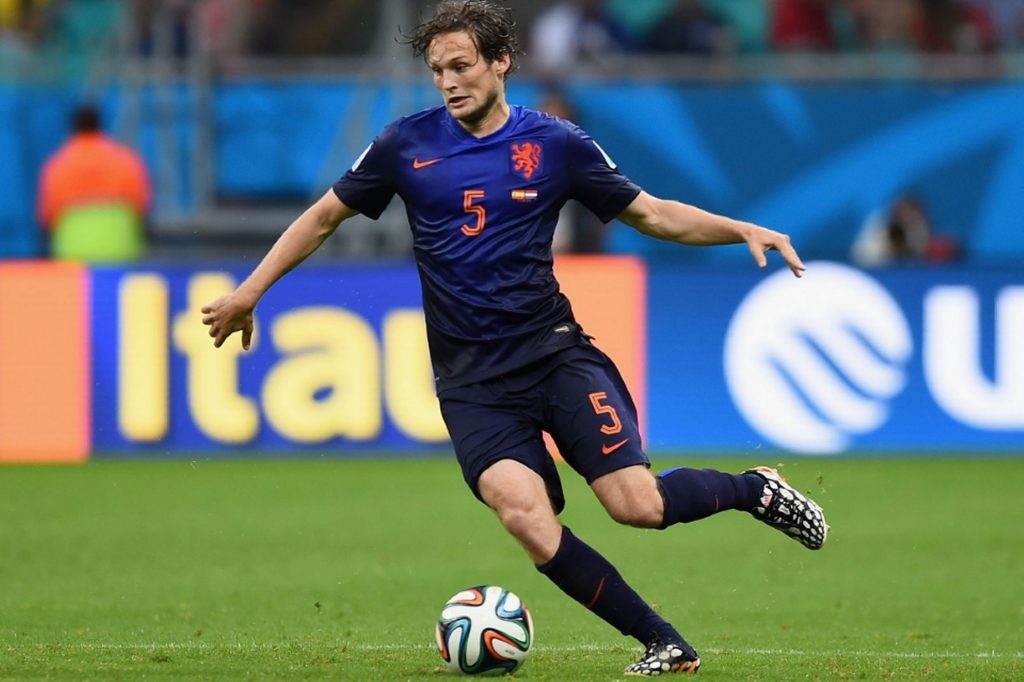 According to reports in Spanish newspaper Estadio Deperotivo, Liverpool and are keen to acquire the services of Netherlands left wing back Daley Blind in the summer after their chances to sign Alberto Moreno had potentially hit a stumbling block.

We had earlier reported that Brendan Rodgers’ side are refusing to budge over their bid and pay the extra cash to land €20m rated Sevilla left back and the Reds can subsequently miss out on the player they have long been linked with.

It is now believed that the Anfield side are weighing up a move for versatile Ajax defender Daley Blind who was just simply sumptuous in Nethelands’ ruthless 5-1 over Spain earlier this week.

Read how Blind changed the game for Louis Van Gaal’s side after the Oranje had slipped to an early deficit in the encounter.

The 24 year old  is immensely versatile and can play in a wide range of positions either as left wing back or a central defender. Moreover the Ajax man can also draft in as a left winger if needed.

Blind would thus seamlessly fit in Rodgers’ tactically flexible Liverpool side and given his valuation of €15m according to the report, the player would be a better and a cheaper alternative to Moreno.

However the Reds will face a stiff competition from Manchester United as new manager Louis Van Gaal is an admirer of the player’s technical talents. With Luke Shaw set to stay as claimed by the English tabloid Daily Express, the Red Devils could exercise the advantage of having Van Gaal on the ranks to lure the player to Old Trafford.

What follows in this transfer saga is set to be interesting, but who do you think will land Blind in the summer? Let us know in comments below.