Liverpool manager Brendan Rodgers has stressed the need to sign one more striker before the transfer window closes in 11 days time from today.

The Reds have been linked with a move for Monaco’s world class striker Radamel Falcao. Liverpool are preparing a massive £20m package deal to sign the Colombian on a season long loan.

However, The Times claim that Liverpool have been made aware that the Monaco forward favours a move to Real Madrid.

Therefore, the attention has been shifted elsewhere. According to Tony Barrett of The Times, Liverpool have opened talks with AC Milan about a proposed move for Mario Balotelli, who is seeking a salary of £160,000 per week.

“At this time we have not received any offer from Liverpool for Balotelli, hence there is no negotiation,” Adriano Galliani, the Milan vice-president, told Gazzetta dello Sport. “But we will see as the transfer market ends on September 1.” 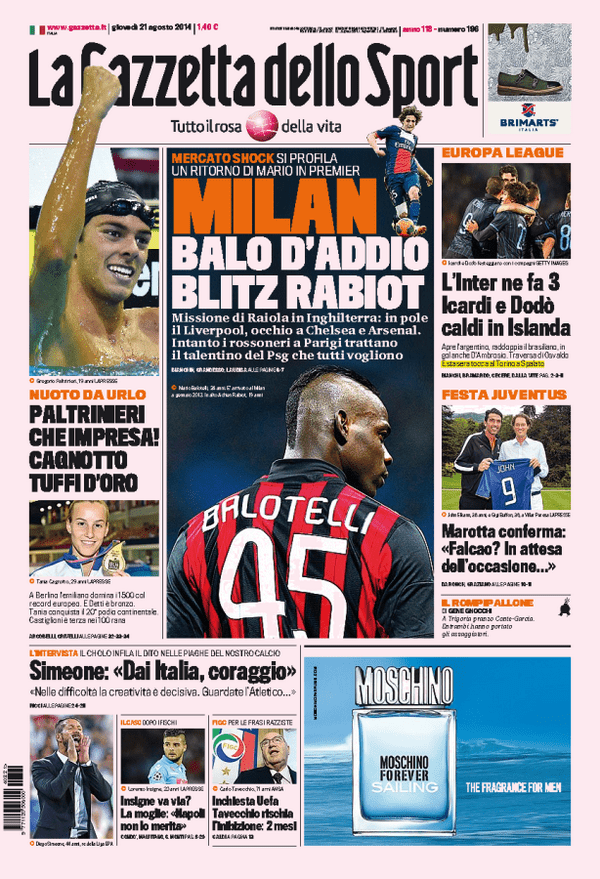 GDM also claim that Balotelli’s agent Mino Raiola was in London and that Ayre had been talking with him all week over the proposed move.

Gazzetta dello Sport on their front page claim that Arsenal and Chelsea are also seemingly interested in landing one of the most controversial guy in world football back to the Premier League.

Liverpool however are concerned with his attitude in training while Brendan Rodgers “categorically” ruled out any chance of the Italy striker moving to Anfield during the club’s pre-season tour in the United States.