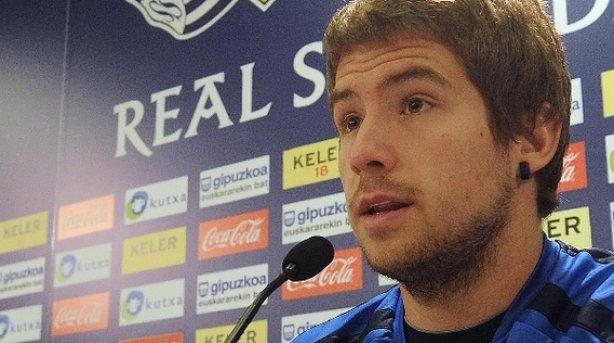 It was not an eye-catching performance from the 23-year-old defender, but Sport suggest Liverpool scouts were pretty impressed with what they saw.

Liverpool are in need of a quality centre-back in the summer and Martinez could be a quality addition to the squad.

The Spanish defender has made 32 league appearances this season and is seen as a key player for Sociedad. David Moyes will be trying his best to resist all temptations thrown at him, but could be powerless to prevent a move, if Liverpool come up up with a big money offer.

Martinez is young and far from the finished article, but he has a great future ahead of him and if properly handled, he could be a great asset for any club. We take a look at some of the reactions of Liverpool fans after the defender being linked with the club.

Inigo Martinez also has very good long shooting, odd skill for a CB but he’s damn good at them

Inigo Martinez? Been linked before. But he’s another left sided centre back. Surely not. — Jack Sear (@JackSear) May 10, 2015

Iñigo Martinez was one of #RSO’s best players in the loss to #FCB. Played a very deep line though, inside own box. https://t.co/WD21OfXOLP

Inigo Martinez is a pretty good defender. Wouldn’t cost that much either. One to watch for after transfer ban. — James Hall (@James_Hall92) May 9, 2015

Inigo Martinez is actually quite good

These Inigo Martinez rumours are hilarious. Only Liverpool could sign three LCB’s in three consecutive transfer windows for like £56 million — El Jefe (@Omarmahadxv) May 10, 2015

If the rumours are true, then I’m over the moon it’s finally been linked. Been wanting Inigo Martinez at Liverpool for years.