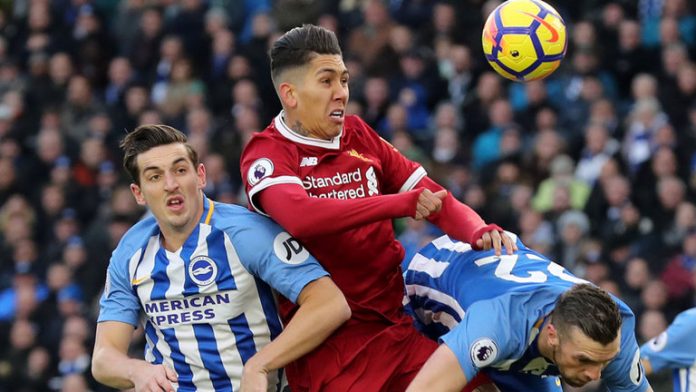 The Reds have beaten West Ham United and Crystal Palace without conceding a goal and they are strongly fancied to make it three-out-of-three this weekend.

Brighton bounced back from an opening weekend defeat against Watford with a superb 3-2 victory over Manchester United last Sunday.

Liverpool did the double over Brighton last term, winning 5-1 away from home and 4-0 at Anfield.

Brighton’s last victory over the Merseyside club was a 2-0 FA Cup success back in January 1984.

? Here's how Albion line-up for today's @premierleague meeting against @LFC at Anfield.