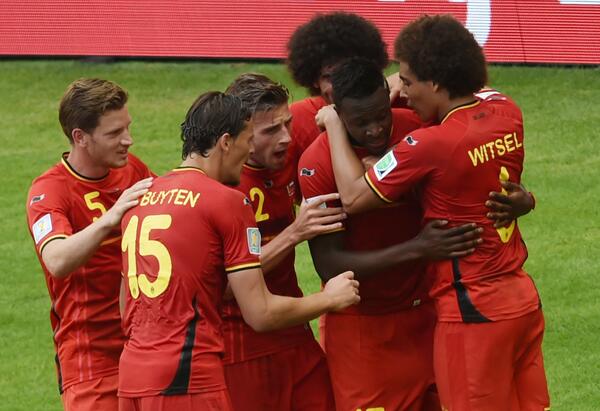 Tottenham Hotspur are looking to make a last ditch attempt to lure Belgium striker Divock Origi, who is all set to join Liverpool.

According to the reports from The Times, Liverpool have already agreed a £9.8m fee with French outfit Lille, while the striker has accepted personal terms with the Reds as well. However, the striker’s representatives are made aware of Tottenham’s interest although Liverpool are confident of signing him.

The 19-year-old has caught the eye-balls of top clubs with some strong performances for Belgium at the World Cup in Brazil.

Meanwhile, Liverpool are close to sealing a deal for Benfica forward Lazar Markovic, with the highly-rated Serbia international expected to seal a £25m transfer in coming days.

According to reports from Portugal, Markovic is expected to undergo a medical today at Liverpool, before completing his switch to the Anfield club.

The Reds are also in the hunt of a solid central defender and has targeted Southampton’s Dejan Lovren. The Saints have rejected a £20 million offer for the centre back but Liverpool are expected to continue their attempt to sign the Croatian.