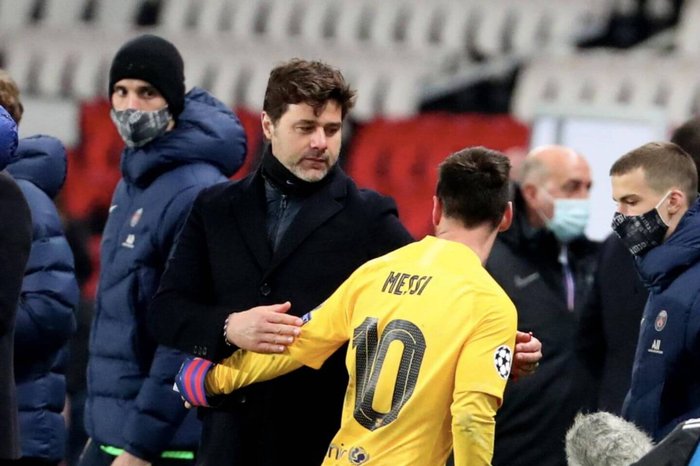 Lionel Messi arrived at Paris Saint-Germain with massive expectations but it has not been plain sailing for the Argentine international at the French club.

The 34-year-old has scored just four goals in 13 appearances across all competitions for PSG so far and it appears that he is unhappy with the approach and the tactics of manager Mauricio Pochettino.
According to a report from the Mirror, the seven-time Ballon d’Or winner doubts the pedigree of the former Tottenham Hotspur manager and he is not convinced about Pochettino’s ability to control the dressing room either.
It is no secret that Pochettino has struggled to get the best out of his squad since taking over at PSG.
The French outfit have failed to win three of their last four matches across all competitions and they have picked up just two wins in five Champions League outings so far. The Ligue 1 outfit are at the top of the league table right now but they are winless in their last two matches.
It will be interesting to see if Pochettino can turn things around at the capital club and get them firing on all cylinders again.
More importantly, the former Premier League manager will have to get the best out of his mercurial front three. Neymar, Messi and Mbappe have not been able to strike up a partnership yet and the fans will be disappointed with the lack of chemistry in the side so far.
The report from Mirror adds that Messi believes Pochettino’s game plan is too restrictive and the manager is not playing to the strengths of the front three. The Argentine international also believes that the manager has lost the respect of a number of senior players at the club.
There is no doubt that the club hierarchy will want the results and the performances to improve in the coming weeks and it remains to be seen whether Pochettino can hold onto his job until the end of the season.
Join our Telegram channel to stay up to date on the latest in marketing