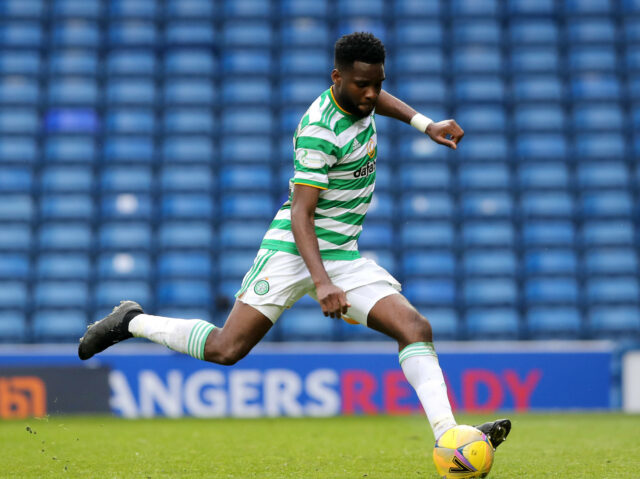 Arsenal may have just received a massive boost in their bid to sign Odsonne Edouard from Celtic this summer.

Italian journalist Fabrizio Romano has claimed on Twitter that Leicester have pulled out of the race for the striker.

The 23-year-old is expected to leave Parkhead this summer and was linked with a move to Arsenal and Leicester.

The Times reported earlier this month that the Foxes had beaten the Gunners in the race to sign Edouard, who has been phenomenal for the Bhoys in the past few seasons.

However, Romano now claims that Leicester are not interested in signing Edouard but are closing in on Paston Daka.

Patson Daka is set to join Leicester, done deal. The official proposal has been accepted by RB Salzburg board today and #LCFC are planning to announce the new signing next week. Here we go soon! 🔵🦊 #Daka

No Liverpool, Chelsea, Leipzig for Daka. Advanced today by @mcgrathmike.

Liverpool and Chelsea have also shown interest in Daka, but Leicester are close to signing him.

An official bid for the player has been accepted by RB Salzburg, and Leicester are planning to announce the signing by next week.

yes, ended. Daka will be the new striker, Soumaré will join and maybe new left back soon for Leicester!

The Frenchman has only 12 months left on his contract with Celtic, and Arsenal could now snap him up with a good offer.

Edouard has been excellent for the Hoops over the past four years, registering 83 goals and 37 assists from 168 appearances in all competitions.

He struggled for consistency last season but still managed 22 goals and six assists from 40 games.

Leicester were ready to pay £15 million for his services, so Arsenal will have to submit an offer in that region.

According to Glasgow Live, Edouard is seriously considering staying with the Hoops next season.