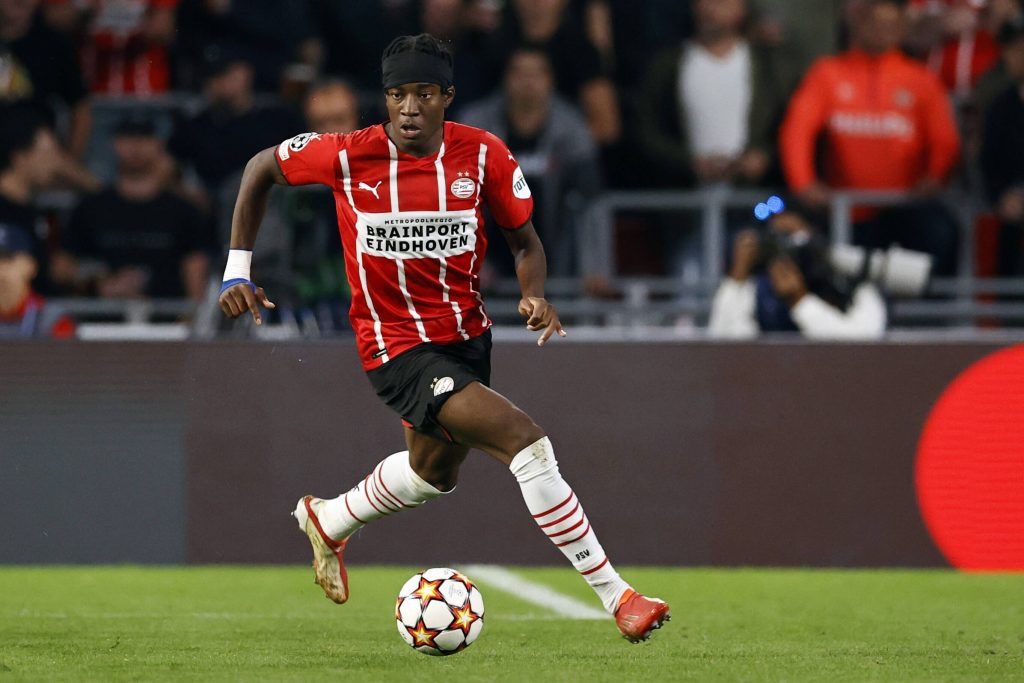 The 19-year-old had his breakthrough season with the Dutch giants last term, registering nine goals and eight assists from 32 appearances in all competitions.

He has started the current campaign in fine form with six goals and one assist from eight outings, but there is speculation that he could be sold this month.

PSV recently failed to make the Champions League group stage after a 2-1 play-off defeat to Benfica. It is now reported that Madueke could be available for €20 million.

Tottenham Hotspur have been regularly linked with their graduate this summer, but the Foxes appear very keen on pursuing his services before the deadline.

Madueke has played exclusively from the right-wing this term. The position has been a problematic one for the Foxes over the past few seasons.

Ayoze Peres has been the regular starter for the Foxes in the role. He has not impressed sufficiently, having failed to score from the position since July 2020.

Cengiz Under was signed on loan from Roma last summer as a possible competitor, but the 24-year-old barely played for the club over the course of last season.

The Foxes could be eyeing a young and upcoming player to bolster the right-wing department, and Madueke would be an ideal fit with his immense potential.

Madueke is only at the beginning of his career, but he could offer the Foxes the quality left-footed attacking option they have lacked since Riyad Mahrez’s exit.

Rachid Ghezzal was bought from Monaco to replace his compatriot in 2018, but he barely made an impression and was recently offloaded to Besiktas.