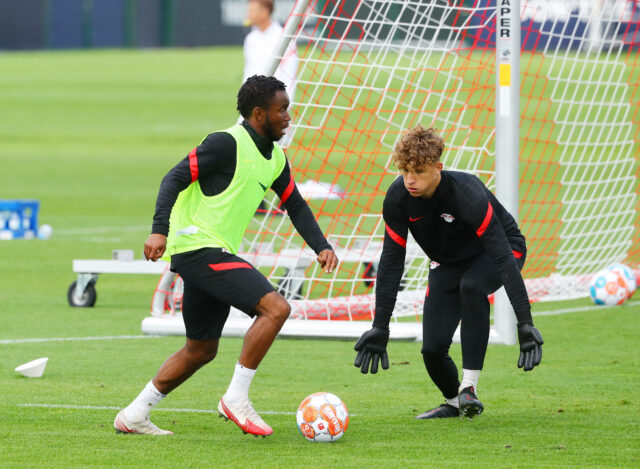 Leicester City are looking to bring one or two more players to their squad before Tuesday’s deadline.

According to The Sun’s Alan Nixon, the Foxes are showing genuine interest in signing Ademola Lookman before tomorrow’s deadline.

The 23-year-old spent the last season on loan with Fulham from German club RB Leipzig.

Jason Bourne, the football editor at talkSPORT, has claimed that Leicester made an approach earlier this summer, but Leipzig rejected the offer.

Ademola Lookman is someone I believe they approached earlier this summer. Leipzig rejected bid, I’m told. Not sure if that’s active again. @talkSPORT

He claims that he is unsure whether Leicester have reignited their interest in Lookman, but Nixon has now claimed that a potential move is ‘gathering pace’.

However, one thing is pretty clear – Leicester are confident of signing an attacking midfielder before Tuesday’s deadline.

Leicester had also shown interest in signing Daniel James from Manchester United, but it seems they’re not pushing for a move for the Welsh winger.

According to Fabrizio Romano, Leeds United are now leading the race to sign James, and Leicester are out of the equation.

I’m told they did enquire about Dan James earlier this summer.

Again, not sure if that’s active again.

Clearly Ronaldo’s arrival’s having a knock on effect.

Will continue to keep an ear out.@talkSPORT

Romano has claimed that it is a “done deal” scenario. Leicester have reached an agreement with Serie A club Torino, who are signing the Belgian midfielder on loan, with an option to buy him permanently.

Brendan Rodgers has been an admirer of Lookman since his time as Celtic manager.

The Athletic are now reporting he is ready to rekindle that interest in the form of a loan move.

The Foxes want Lookman for the rest of the season with an option to buy next summer.