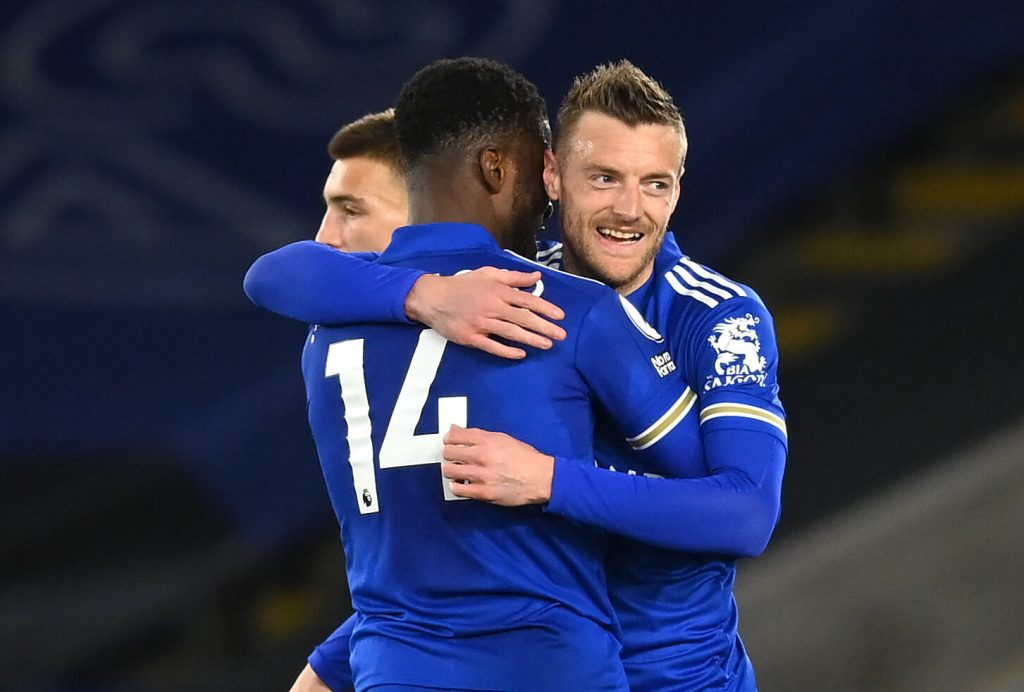 A selection of Leicester City fans on Twitter were pleased with Jamie Vardy’s performance during the 3-0 win over West Bromwich Albion in the Premier League on Thursday.

The Foxes recently suffered back-to-back defeats in the league, but they made amends with a comprehensive 3-0 triumph over the Baggies last night.

Vardy was one of the standout performers with a goal and assist. He opened the scoring in the 23rd minute after the ball was put on a plate by Timothy Castagne.

The Foxes doubled their advantage through a Jonny Evans header before Kelechi Iheanacho continued his fine scoring form with the Foxes’ third after 36 minutes.

Vardy has recently formed a terrific partnership with Iheanacho up front and, not for the first time, he delivered an assist for the Nigerian coming off the left flank.

It was a fine performance from the 34-year-old, who ended a 12-match goal drought in all competitions, his longest goalless streak since December 2016.

A number of the club’s faithful were pleased for him, and here are a few reactions.

Professional performance, no new injuries, and not overly exerted. Three points, third place and Vardy scored at last. What more could you want #LCFC

4 clear of Chelsea and West Ham.
6 clear of Liverpool.
6 games to go.

A complete performance today and great to see Vardy back scoring.

Vardy isn’t back…. he never left. His overall play never dipped. Nice to see him finally score again though🤣

Vardy’s return to scoring ways has come at the right time for the Foxes, as they aim to ensure that they remain in the Champions League places.

A run of back-to-back league defeats had seen Chelsea and West Ham United catch up, but the victory over the Baggies moved them four points clear of the London duo in third.

They still have plenty to do to finish in the top four as they finish the campaign with tough fixtures against Manchester United, Chelsea and Tottenham Hotspur.

They also have an FA Cup final against the Blues in the middle of the difficult run of games.