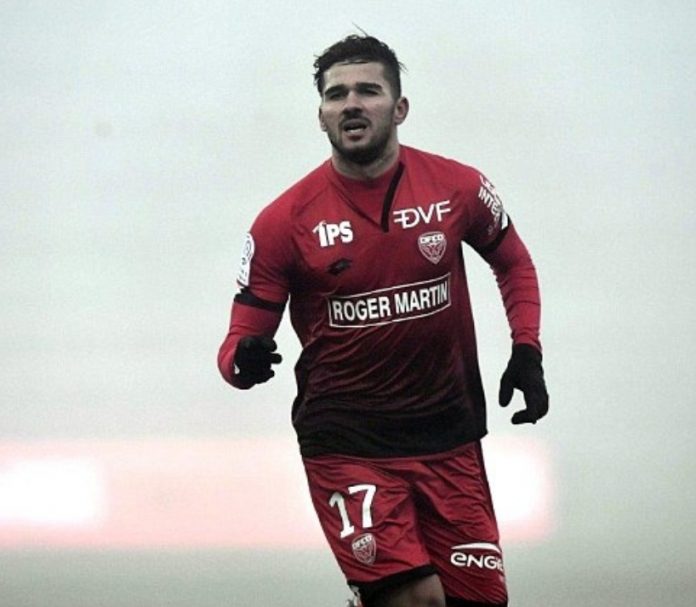 Leeds United are interested in bringing Mehdi Abeid back to English football, according to The Mirror Transfer News live (8.59am).

Citing France Football, the report claims  Marcelo Bielsa is keen to sign the 26-year-old after he has impressed for Dijon, despite the Ligue 1 club struggling this season.

The Algerian international has been a regular for The Reds, appearing in all 19-league games this season.

French-born Abeid is comfortable many areas of the pitch. From sitting deep as a play maker to playing a more attacking role out wide, the former Newcastle man has a lot of versatility.

Abeid came through the youth ranks at Lens, before heading to St James Park in 2011.

During his time for the north-east club, Abeid went out on loan to Scottish club St Johnstone, and Greek Super League giants Panithinaikos.

After appearing in cup competitions prior to going out on loan, Abeid returned to finally make his premier league debut in 2014. However, an injury plagued season saw him make only 13-appearances for The Magpies.

The following season he made a permanent move back to Panithinaikos, before returning to France a year later.

No fee is mentioned in the report. He has only six-months left on his current deal. Therefore, it’s likely The Whites could clinch his signature for a small amount.

Leeds are top of the Championship and closing in on a long-awaited return to the Premier League.

Abeid’s versatility would be a welcome addition to Marcelo Bielsa’s squad. Offering competition for places to keep Leeds players on their toes during the closing stages of the season.

The Whites can take another step to realising their ambitions by extending their lead at the top of the table today. They travel to Stoke City in a 3pm kick-off.