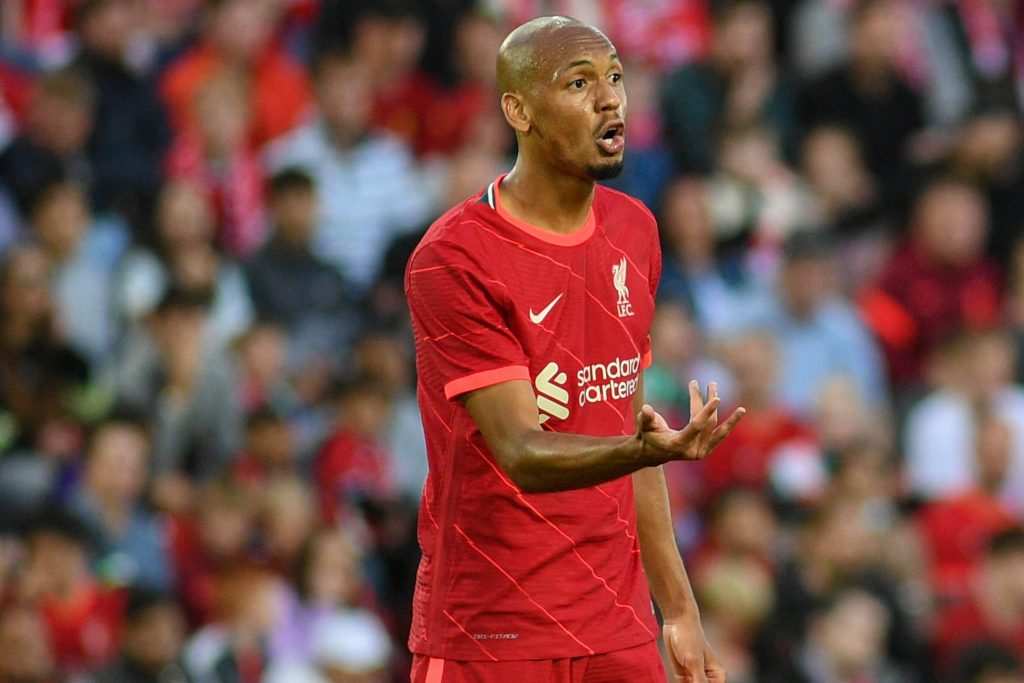 Liverpool will travel to Elland Road to face Marcelo Bielsa’s Leeds United at the weekend, and Fabinho is already relishing the challenge.

The Reds midfielder expects tough competition from the Whites and has suggested that the atmosphere could help them, although it’s an away game.

The Brazilian has suggested that it is not easy to play against Leeds and that the home fans will be demanding “something more” from Bielsa’s side.

“Leeds are a really intense team, a really good team. We played there last year without supporters and without fans in it was really tough. It was a tough game, it was 1-1,” said Fabinho to the club official website.

“We know their qualities and I think with the fans it will be something more for them. But, as I said, almost all the games are hard and tough in the Premier League. We want to go there and win the game.

“This atmosphere sometimes helps us as well, even if it’s an away game. When the crowd is really participating in the game, this is good for the spectacle, so we like these types of games.”

Fabinho’s comments look so bold considering that he is expecting an intimidating atmosphere at Yorkshire this weekend, but he is confident at the same time that his side is ready for the challenge.

The confidence in the team stems out from their good start to the season where they have picked up seven points from their opening three games.

Recently, Gary Neville has suggested that something is not right about Liverpool at the moment. However, the Reds will make a strong statement here if they can return with all three points from Elland Road.

The last time these two sides met ended in a 1-1 draw behind closed doors.

Leeds are yet to register their first win in the Premier League, and they haven’t been at their usual best so far.