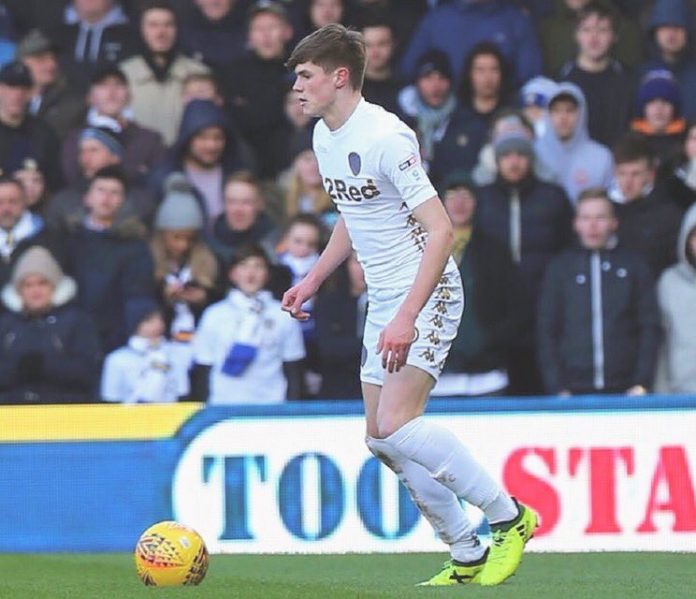 According to reports from the Yorkshire Evening Post, Leeds United will listen to offers this summer transfer window for Tom Pearce.

The 21-year-old is a promising young left-back who spent the second half of the 2018-19 season out on loan with Scunthorpe United in League One.

He has come through the youth ranks at the club, and featured under Marcelo Bielsa last season.

The attacking-minded fullback has a contract at the Yorkshire club till 2022, but the report claims that the Whites will listen to bids for the young defender.

He left the club on a temporary basis to get more first-team exposure, and it seems he may not have a long term future at the club if Leeds get a good offer for him.

Pearce is an exciting young talent, and has shown flashes of brilliance whenever given an opportunity. However, Leeds have plenty of players – Barry Douglas, Ezgjan Alioski, Stuart Dallas, Leif Davis – who can play in that role, and Pearce could be heading out of the exit door.

Many Leeds fans have taken to social networking site Twitter to express their reaction after the news broke out. Here are some of the selected tweets:

Tom Pearce…. that is a surprise – not sure about that one, after all the efforts we made to get him on a new deal last season and fought off interest from Bournemouth and Everton for him, England U20 international, surely he is worth been back up for Douglas next season ?

Tom Pearce never had premier league interest his agent leaked interest to the press. After 5 games for the first team he got a Billy big bollocks attitude in training feeling he d already made it.bielsa did not approve so it’s bye bye

I do think there is a story there. Tom Pearce did look good under heckingbottom and yet he’s been ditched with no real explanation.

shame about tom pearce but imagine he will have a cracking career. always love that left leg!