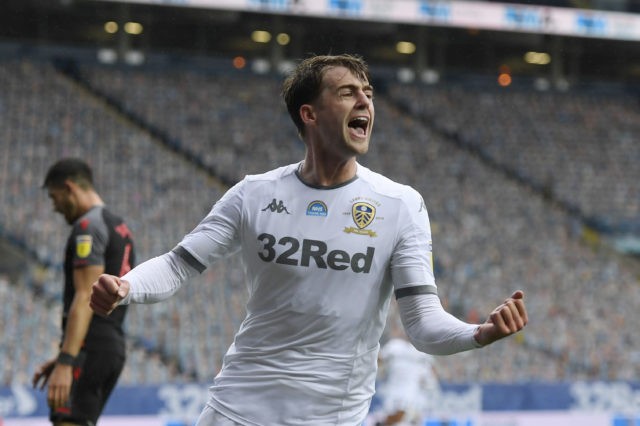 Patrick Bamford led the line for the Elland Road outfit as they emerged as Championship winners this term, scoring 16 goals and assisting two others in 44 league appearances to send the Whites to the top-flight.

Bamford has grown in leaps and bounds under head coach Marcelo Bielsa, but he still comes under criticism for his inability to convert most of his chances.

O’Leary believes that Leeds need a world-class striker if they are to hit the ground running in the Premier League after securing promotion for the first time since 2004.

Bamford wasn’t having none of it, though, reacting thus to his comments on Twitter:

The 26-year-old has proven himself in front of goal this term and fits Bielsa’s style of play perfectly, but the Premier League is a different ball game and it remains to be seen if he can prove himself at the highest level.

O’Leary led Leeds to the Champions League semi-finals in 2001 and definitely knows one or two things about the game.

Bielsa will decide what he plans to do as far as recruitment goes, and it will be interesting to see if the Argentine will look to bring in another first-choice striker.

Bamford has Premier League experience following loan stints at Crystal Palace, Norwich City and Burnley while he was a Chelsea player, but he didn’t find the back of the net in 19 appearances for the three clubs.

He joined Middlesbrough permanently in the summer of 2016 after an earlier loan stint that saw him bag 17 goals in 38 Championship games, but he scored just one Premier League goal in eight appearances for them before they relegated.

Bamford is now a matured striker with more experience, and he will be looking forward to proving his detractors wrong when Premier League action starts next term.