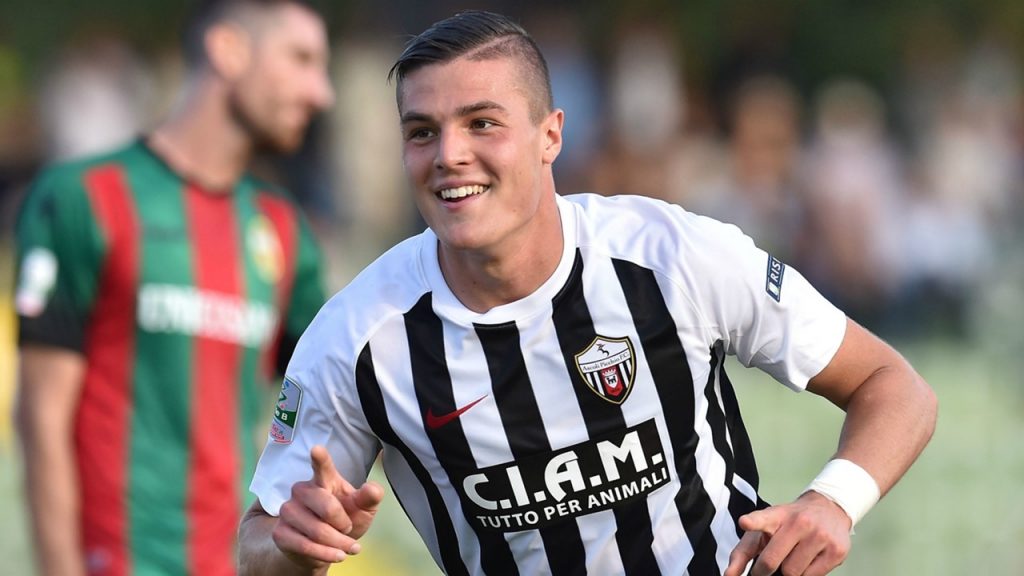 Leeds United chairman Andrea Radrizzani has revealed in an interview with Gazzetta dello Sport that the Yorkshire club have shown strong interest in signing Andrea Favilli.

The 21-year-old joined Juventus in the summer transfer window from Ascoli, but there was strong interest in him from Premier League newcomers Wolves.

According to reports from Gianlucadimarzio, Wolves enquired about signing the highly talented striker who is valued at around £17.5 million.

Now Radrizzani has revealed that Leeds have been trailing the young striker for almost two years. They believed that he would do well in England, but at the end they changed their transfer strategy, and moved for a proven experienced striker.

“It was a real interest for Favilli, we had been following him for two years, a potentially very strong player who could do very well in England, but for the promotion we chose experience profiles”, Radrizzani explained to Gazzetta dello Sport.

Favilli is an exciting young talent who has the technical ability and the physique to make an impact in the English Championship. However, Leeds took a safe strategy and moved for experienced players like Patrick Bamford who has a proven goalscoring record in the Championship.

He has scored 13 goals in 42 Serie B matches, but signing him for such a high price would have been a massive gamble. Leeds are doing alright though, with Marcelo Bielsa’s side winning all three of their championship matches.