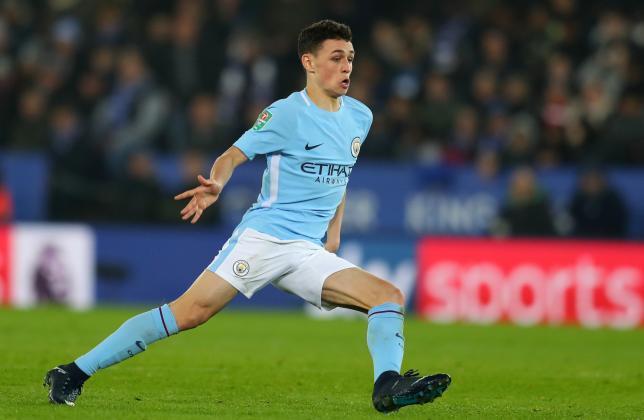 Manchester City midfielder Phil Foden is undoubtedly one of the most-exciting players in England in his age group.

The 18-year-old won the Golden Ball as England lifted the Under-17 World Cup, while he also became the youngest player to receive a Premier League medal after making five appearances last season.

Pep Guardiola rates him very highly, and has showered praise on his huge talent and potential from time to time last season.

“He knows, his family knows, his manager knows – we want to keep him with us for a long time,” said Guardiola in February, as quoted by Manchester Evening News.

“He is a good player for the future. He has to grow up and make strong but the huge quality is there.”

City have a star studded midfield set up but Guardiola has assured him that he will be the future for the club. All he needs to do is make sure he gets regular game time and makes rapid progress in his career.

With that in mind, Leeds United should make a loan move for Foden in the summer transfer window, especially if they appoint Marcelo Bielsa as their next manager.

Guardiola has high respect for Bielsa, and could trust him to take care of one of City’s finest young talents by sanctioning a loan move.

Foden has shown quality in playing for City in whatever limited game time he has got, and in theory he should excel at Leeds midfield. He is technically gifted and could be a solid fit in Biesla’s system.

If Leeds can agree to a season long loan move it will represent a masterstroke signing. Age is just a number, his quality will improve the side immensely.