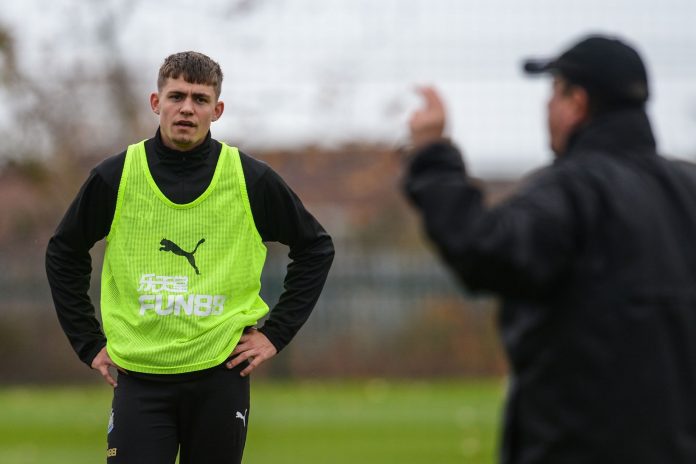 Leeds United boss Marcelo Bielsa has hinted in his latest press conference that the club may look to sign players in the January transfer window.

Ideally, the club are looking for a like-for-like replacement of Samu Saiz, who left the club to join Getafe, and a proven goalkeeper, who can challenge Peacock-Farrell for the number one spot.

The Argentine may also look to sign a striker. Kemar Roofe has been the first choice, but Patrick Bamford’s recurrent injury has become a serious concern. Tyler Roberts is another option, but Bielsa probably sees him as a future player in the no 10 role.

With that in mind, Bielsa could look to sign Newcastle United’s highly rated young striker Elias Sorensen, who is reportedly wanted by League One side Blackpool.

The 19-year-old has been catching plenty of attention in the under-23 side this term, having scored 19 goals in all competitions. The Toon fans have been clamouring on social media to introduce him into the first-team.

However, Rafael Benitez has held off on handing the teenager his debut, and the Spaniard could be willing to send him on loan. Leeds would be a good club for his development, as and not only can he be a part of a side that are challenging for promotion, but also he would get to learn from a world class manager in Bielsa.

Leeds on the other hand would get a striker who is in red hot form, and can be a potent weapon coming off the bench. He could turn out to be a masterstroke signing if he can add a few goals and help the club achieve promotion.