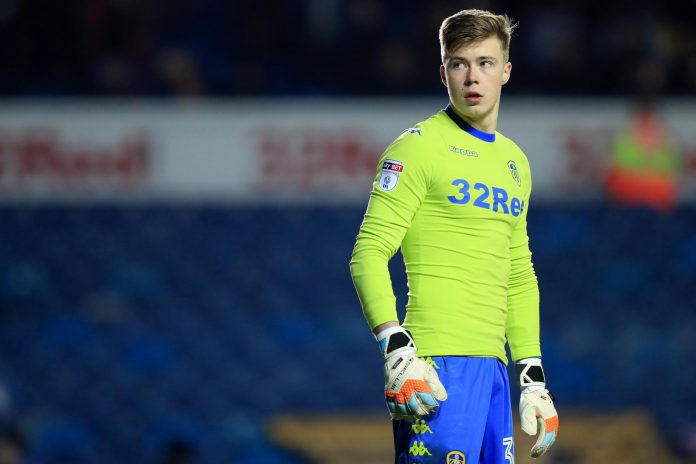 The Whites went behind through Jack Robinson’s 11th minute strike and Kemar Roofe did well to get his side back on level terms on the 82nd minute.

Leeds were lucky not to end up on the losing side. Kemar Roofe’s goal should not have stood as the striker diverted the ball in with his arm.

The Whites are now second in the table after the draw, two points behind league leaders Sheffield United.

The home fans were not happy with Peacock-Farrell’s performance last night. The Leeds keeper was at fault for Robinson’s goal. His positioning should have been better.

The young shot-stopper has been quite mediocre in the recent weeks and it will be interesting to see whether Bielsa decides to take him out of the firing line for a while.

Here is how the Leeds United fans reacted to Peacock-Farrell’s display against Nottingham Forest last night on Twitter.

At the risk of sounding like a broken record, another poor goal for Peacock-Farrell to give away.

Episode 46826 of you’re never going to go up with Peacock Farrell as your keeper, shite

Peacock Farrell is shite but 99% of Leeds fans refuse to believe it!