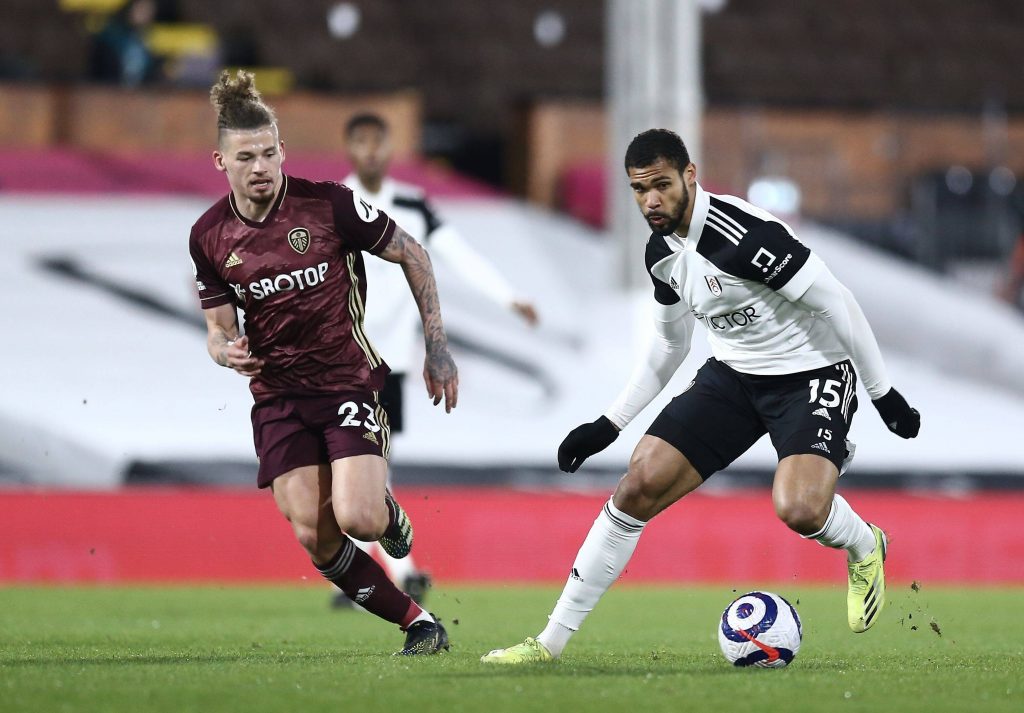 Leeds United returned to winning ways after beating Fulham 2-1 at Craven Cottage in the Premier League on Friday night.

The Whites recorded their first win in London since 2017, and many Leeds fans were drooling over Kalvin Phillips’ outstanding individual display.

Patrick Bamford scored one and provided the other for Raphinha as Leeds picked up all three points to move above Crystal Palace in 11th.

Bamford, who unfortunately missed out on a call-up to the latest England squad, opened the scoring with a superb low finish.

Joachim Andersen restored parity before the break, but Leeds scored again in the 58th minute through Brazilian winger, Raphinha.

Leeds have picked up 39 points from 29 games, and it’s fair to predict they are pretty much safe from relegation following an impressive first season on their return to Premier League after 16 years.

Many Leeds fans on social media have discussed Phillip’s latest performance. The 25-year-old midfielder, who has been selected for the England squad, was simply superb on the night.

The England midfielder made 13 ball recoveries, won seven duels and made four clearances during the game. He was also effective in possession and demonstrated why he is so crucial to Bielsa’s side.

What better time to bring this old photo out?#LUFC pic.twitter.com/ETtyRzhOKh

For me, Phillips and Meslier the pick of the bunch tonight. Good team performance overall #lufc

Marcelo Bielsa’s first win in London. Apart from 15 mins at the end of the first-half, a quality performance. Big shift from Dallas, Harrison, Bamford. Touch of class from Raphinha. Phillips MOTM. Everywhere. #LUFC

Llorente or Phillips man of the match, both were immense #lufc