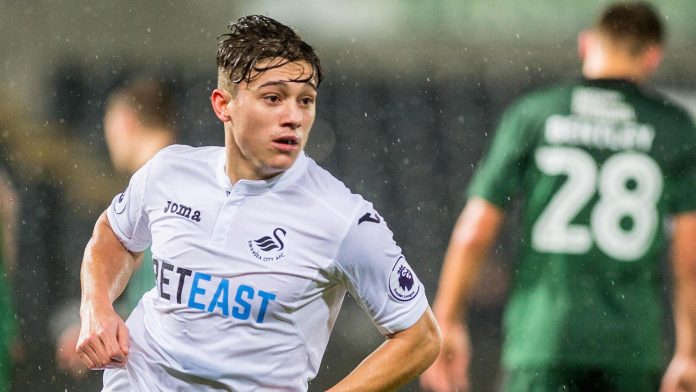 According to reports from Yorkshire Evening Post, Leeds United are considering to make a bid for Swansea City defender Daniel James in the January transfer window.

The Whites are looking to bolster their attacking depth, and have identified the winger as a potential addition to Marcelo Bielsa’s squad.

The report claims that the Swansea winger is “on the list of outfield targets approved by Bielsa”, and he will be offered the chance to move to Leeds if the two clubs agree to a deal.

The 21-year-old is valued in excess of £3m and the Whites are weighing up an offer. Some Leeds fans have taken to social networking site Twitter to express their reaction.

Not seen much of this lad but heard good things, I’m sure whoever we bring in Bielsa will improve them, helps that he’s so young too.

Very very good young player will benefit massively from working with Bielsa – him and Clarke on either wings would tear it up ?

I’ll rate the signing if it happens. Let’s be honest, It’ll be cover for Hernandez. Young, bags of potential and managed by Bielsa and tutored by Pablo will only make him a better player. Sign him up! #lufc

Seen the boy play a few times, being from Swansea myself I keep an eye on their results and spoken to a few swans fans about him! Definitely one for the future, going to be a real talent.. got himself into the welsh team this season

The Wales international joined Swansea as a youngster from Hull City’s academy in 2014. He made his debut at the start of this season, and has enjoyed a good season for Graham Potter’s side.

James is under contract with Swansea for another 18 months but Leeds are looking to lure him away from the Liberty Stadium in January.