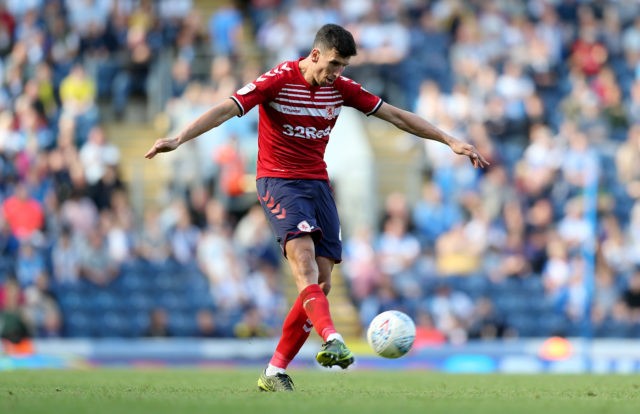 Leeds United will be looking to bolster their defence in the summer transfer window, irrespective of where they finish at the end of the season.

The Whites are top of the Championship table with nine games left to go. Marcelo Bielsa’s side are firm favourites to secure promotion this season.

If Leeds make it to the Premier League, they are expected to be busy in the transfer market, and the central defence is one area where reinforcement is required.

Leeds have been linked with a host of defenders including Middlesbrough’s Daniel Ayala.

The 29-year-old’s contract expires at Riverside Stadium in two weeks and he has been linked with a move to Elland Road.

However, according to reports from Leeds Live, Ayala is not a target for Leeds in the next transfer window.

The report claims that at no stage Leeds director of football Victor Orta seriously pursued a reunion with the defender he shared time with on Teesside.

Many Leeds fans have taken to social networking site Twitter to express their reaction after the news broke out.

Thank god for that. Jansson to White back to Ayala is not progress. Trust Victor has a plan to replace White, can see Man City buying him and loaning back to Leeds next season..

Good. I can’t see where his style of defending fits in with our system.

Good. Not good enough for us and why would we want a player that refuses to play when being paid and under contract?

Possibly the most ridiculous rumour ever. No way Bielsa would want a CB who can’t trap a bag of wet cement.

Thank god for that ! He’s a liability..

Thank fuck for that. Best news I've heard all day