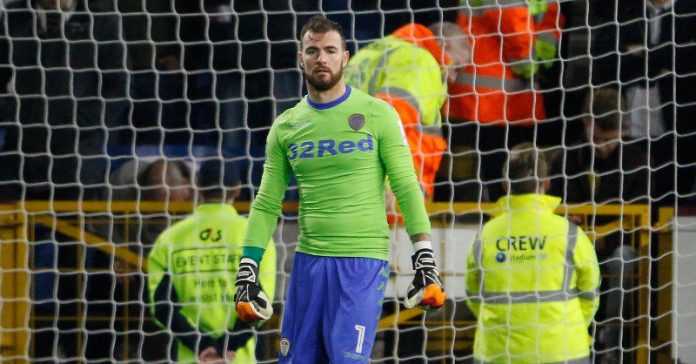 Leeds United fans took to social networking site Twitter to express their reaction after the Yorkshire club announced yesterday that they have parted company with goalkeeper Andy Lonergan.

The Whites fans are also anticipating that a new signing is on the way following Lonergan’s exit.

He has agreed to terminate his contract 12 months early and has become the second keeper to leave Elland Road following the footsteps of Felix Wieldwald.

Both Wiedward and Lonergan – first and second choice – were deemed surplus to requirements at the end of the Championship term.

Lonergan joined Leeds last August on a free transfer from Wolves, but failed to hold down a regular place despite Wieldwald’s poor form.

It leaves Leeds with only Bailey Peacock-Farrell as the first choice keeper next season, and the club are in the market for a new number one.

According to Yorkshire Evening Post, Leeds have cooled their interest in David Stockdale, but are still chasing the likes of Angus Gunn and Jamal Blackman.

Leeds fans speculate that a new signing is on the cards on Twitter. Here are some of the selected tweets:

Must be advanced with a new keeper then? #LUFC

Not surprising as we have bpf & the under 23 lad but must have another keeper lined up then as Wieldweld is gone too otherwise we are in debt.

This must mean we’ve signed a keeper…

That leaves us with BPF as only senior goalkeeper, best get them signings in soon #lufc

Surely they’ve got a keeper deal done then ???