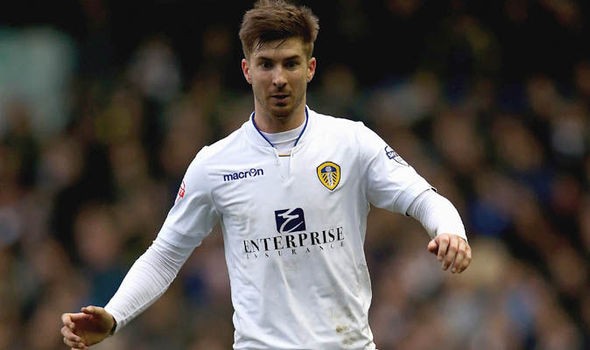 Leeds United confirmed on Wednesday that they have agreed to terminate the contract of midfielder Luke Murphy.

The 28-year-old has joined the mass exodus from Leeds United and his departure takes the number of outgoing transfers from Elland Road to 13.

? | Leeds United can confirm that Luke Murphy’s contact has been terminated by mutual consent.

We wish Luke good luck for the future pic.twitter.com/bMtZXSCzkT

The Whites also confirmed the departure of Ronaldo Vieira who sealed a permanent switch to Sampdoria on Wednesday.

Murphy, who made 111 appearances for the club, was a high-profile signing when he was signed in the summer of 2013 from Crewe Alexandra. He scored a last-minute winner on his debut in Leeds’s 2-1 victory over Brighton.

However, over the last two seasons, he has been a forgotten man at the club, with his last appearance for Leeds coming in May 2016. He spent most of the time on loan with Burton Albion in the Championship.

He was under contract until next summer but now the club has terminated his contract on mutual consent.

Some Leeds fans took to social networking site Twitter to express their reaction after the news broke out.

The man took a pay cut to stay with us that season, all the best murphy, class on your day

Thanks Luke for being a true pro and such a gent. All the best for your future career. pic.twitter.com/SNVZ2EwbW4

the decent thing to do so that the gentleman that is Luke Murphy can find a new club quickly .. good luck to the lad, always did his best and took a pay cut to help the club #lufc #alaw #mot

We’re up all night for Luke Murphy! Best of luck lad. Been a rough ride but you stayed professional throughout fair play lad! ??

Best of luck to the lad, shame it didn’t work out at Leeds United for him. He could’ve sat on his contract and took the money but he’s shown honour in agreeing to a termination, fair play. #lufc

I liked Luke Murphy. All the best to him, decent lad who really tried to make it work

All the best for the future Luke you are a top professional took a pay cut to continue playing for us and even when frozen out of team never once moaned just got your head down and worked hard. ???? hope you find a club soon.