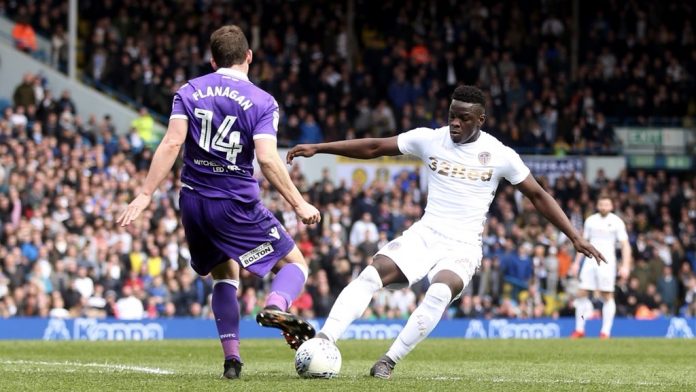 Leeds United confirmed the departure of Ronaldo Vieira on Wednesday as a mass exodus at the Yorkshire club continues under Marcelo Bielsa.

The midfielder has joined Italian club Sampdoria on a five-year deal after passing a medical and agreeing personal terms.

According to reports from Yorkshire Evening Post, Vieira travelled to Italy on Monday to finalise his move.

He was not included in the starting line-up for Sampdoria’s meeting with Fulham in Aldershot on Wednesday, but he was given the permission to train with his new club prior to completion of the transfer.

Vieira made his debut at the age of 18 in 2016 for Leeds, and played 71 times for the club. He received a new four-year contract in 2017, but following a disappointing campaign last season, the club have taken the decision to let him go.

Leeds have sold him for a fee of more than  £7 million. Some Leeds fans believe that the club have taken the right decision, and that the money should be invested into the squad. While, there are other sets of fans who feel it was a ‘crazy’ decision from the club.

Good luck to viera.. hope he has a great future #ALAW

Balancing the books again by selling another very good young player. When will the con men actually spend what’s needed to mount a serious challenge. We still need another couple of strikers and a centre half. Do you see them making any more permanent additions?

Great money for a lad that was going backwards.. his display on Sunday confirmed he was not any better than last year….

Not a bad bit of business really. Had a few great games but last season was not great. We can’t get promoted on potential and £7.7m works out at a four year deal for someone on £37k a week…

Hasn’t progressed like I thought he would , in fact we have better in the U23.